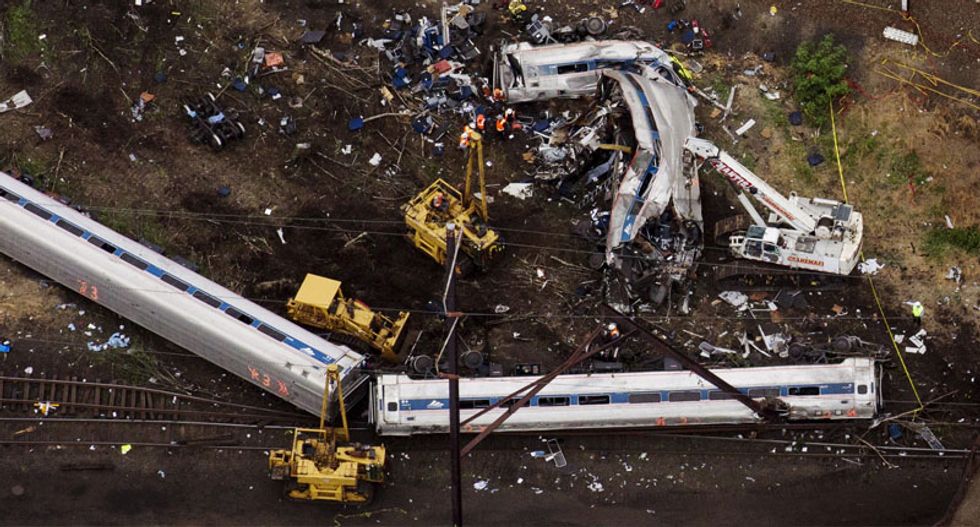 Emergency workers look through the remains of a derailed Amtrak train in Philadelphia, Pennsylvania May 13, 2015. REUTERS/Lucas Jackson

No more details were available about the victim or their circumstances, NBC's Washington affiliate, WRC, said on Wednesday.

The Wall Street Journal, citing two people familiar with the investigation of the crash, said the train appeared to be traveling at more than 100 miles (160 km) per hour at the time of the accident.