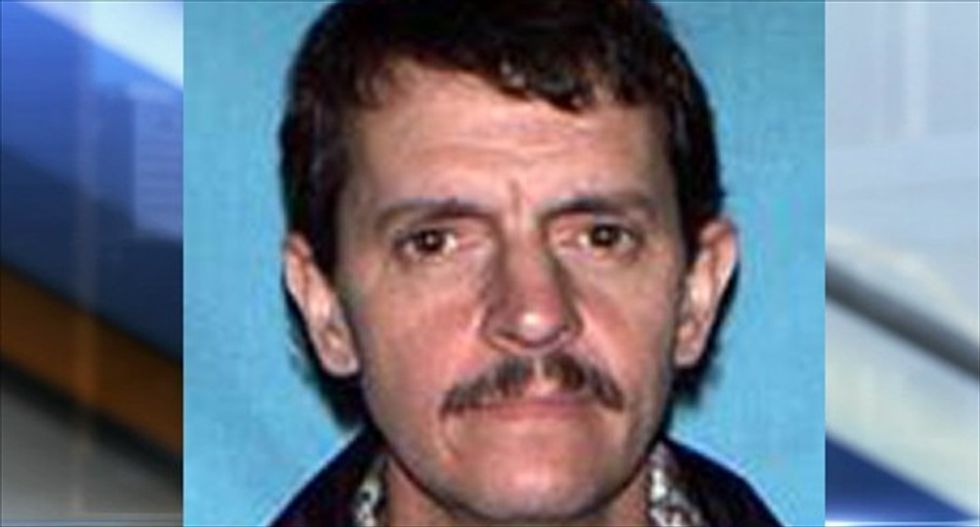 A Missouri man was charged on Monday in connection with allegations he held his girlfriend captive in a wooden box in their home, and is being sought by police, authorities said.

James Horn, 47, a registered sex offender, was charged in Pettis County Circuit Court with kidnapping, armed criminal action and unlawful use of a weapon.

The woman, whom authorities have not identified, called police on Friday to report that she had escaped from the Sedalia, Missouri, house and had been locked by Horn in a box routinely over the past four months, police said.

The box was 100 inches (8.3 feet) long, 45 inches (3.75 feet) wide and 52 inches (4.3 feet) tall, according to a detective's affidavit filed with the charges on Monday. The box was sound-proofed, lined with insulation and had a small air hole and contained a bucket of urine and feces, the statement said.

The woman told authorities that Horn forced her to help him build the box by wielding a long knife. She was locked in the box when he was not home, released when he got home from work and was compelled to have sex with him, authorities said.

Horn is a registered sex offender because of convictions in Tennessee in 1993, according to Missouri State Highway Patrol online court records. He later was convicted of kidnapping his estranged wife in Mississippi and served 10 years in federal prison, court records show.

Watch a report on the charges against Horn, as aired on KSHB-TV, below.