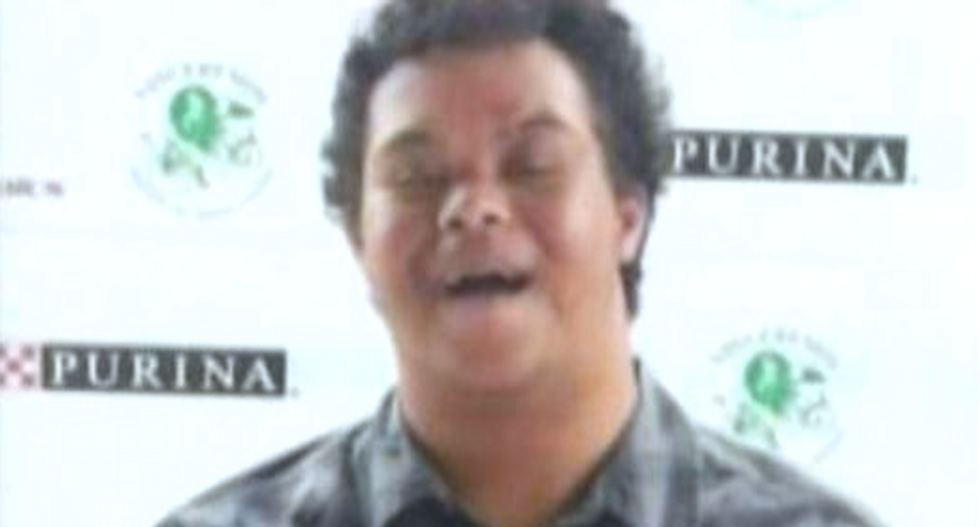 Prosecutors apparently ignored evidence from a traffic camera that contradicted a Florida deputy who shot an unarmed teenager with Down syndrome.

Jason Franqui, a Palm Beach County sheriff’s deputy, told investigators he fired his service weapon when 17-year-old Jeremy Hutton intentionally tried to run him down during an attempted traffic stop.

The State Attorney’s Office cleared Franqui, finding the shooting was justified because the deputy feared for his life – but video evidence examined by investigators directly contradicts his account, reported the Palm Beach Post.

Hutton’s mother called 911 on the evening of Oct. 10, 2010, to report the teen, who suffers from behavioral problems and has the mental capacity of a 4-to-3-year-old child, had stolen her minivan.

Officers spotted the mentally disabled teen driving slowly along a boulevard in Palm Beach, with one tire flattened from hitting a curb.

Franqui pulled his patrol car in front of the minivan after the teen stopped at an intersection and got out of his cruiser – but his account veers away from the evidence at that point.

The deputy told investigators he fired the gun after Hutton looked into his eyes, turned the steering wheel, and drove directly toward him.

Cruiser camera footage shows the minivan clip the front of Franqui’s patrol car as the deputy starts shooting – striking the teen in the head, shoulder, and hand, although he survived his wounds.

Then-State Attorney Michael McAuliffe wrote in a memo to Sheriff Ric Bradshaw that physical and video evidence, as well as witness statements, confirmed the deputy was standing in front of the minivan when he opened fire.

However, the traffic camera footage – which investigators mentioned in their report but did not describe its contents – appears to show the opposite.

That video, which is shot from above and captures the entire intersection where the shooting occurred, shows that Franqui was standing beside or behind the minivan when he fired six shots.

Hutton appears to turn the minivan away from the deputy’s car in attempt to escape, but he strikes the cruiser before driving away and then crashing into a parked car after he was wounded.

Reports completed by the sheriff’s office and the State Attorney’s office don’t mention that the deputy shot out the back and side windows of the minivan – and they don’t report that a passing motorist escaped injury after two shots struck their vehicle.

Hutton’s family has sued the Palm Beach Sheriff’s Office, and their attorney told WPTV-TV the official findings do not match the evidence.

"I don't think anybody knew or anticipated that they were going to get caught by a traffic camera," said the family’s attorney, Stuart Kaplan.

A former prosecutor said the case reveals a fundamental flaw built into investigations of law enforcement officers, who work closely with the State Attorney’s Office to prosecute crimes.

“Prosecutors work with the sheriff's office every single day,” said Elizabeth Parker, a former assistant State Attorney. “You can't have a contentious relationship and be productive and a prosecutor.”

She said prosecutors are supposed to be independent when law enforcement officers are accused of misconduct – but that’s not always the case.

"Really what they do is they just read the reports, they look at what the sheriff's office provides to them," Parker said.