Quack defends bleach enemas to ‘cure’ autism: If it’s poison, where is the ‘sea of dead children’? 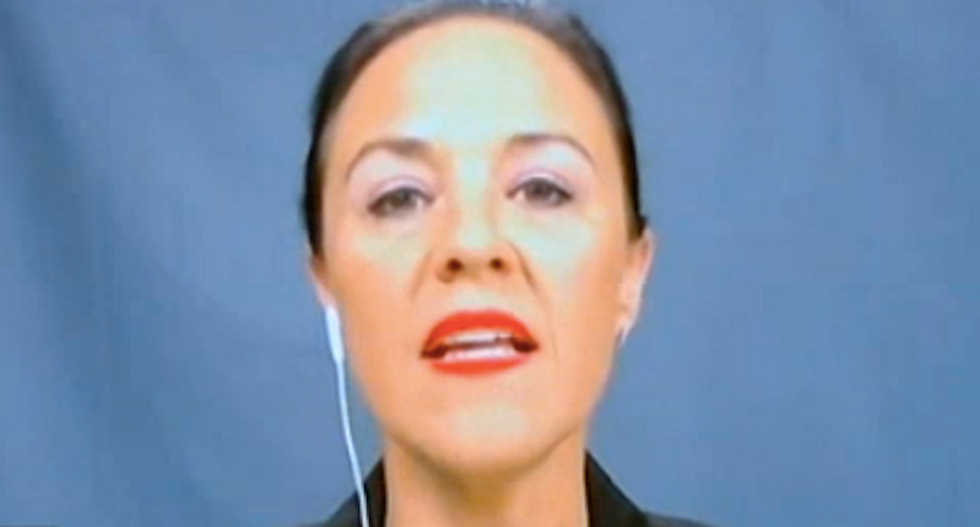 A Chicago woman who moved to Mexico to continue “curing” autism with bleach solution defended her “miracle treatment” against “haters” and “trolls.”

"Right now there is no cure for autism," said Dr. Sharon Hirsch, section chief of child and adolescent psychiatry at the University of Chicago Hospitals. "There is nothing we can do at this time to get rid of autism – it's a horrible disorder."

Rivera says her treatment, which includes dosing children with a mixture of sodium chloride and citric acid to make chlorine dioxide, purges slimy parasites that cause autism.

"If, in fact, chlorine dioxide were this toxic poisonous bleach – there would be a sea of dead children," Rivera said. "How can this be bad if people are healing and nobody's dying?"

The Food and Drug Administration says the treatment – which was devised by former Scientologist Jim Humble – is dangerous and potentially life-threatening.

Proponents say they can tell the substance is working if they become nauseated – but the FDA warns that’s what happens when humans ingest industrial bleach.

The Environmental Protection Agency warns that chronic exposure to small doses of chlorine dioxide can result in reproductive and neurodevelopmental damage, and the Occupational Safety and Health Administration has set guidelines for using the chemical in workplaces.

Humble, who quit the Church of Scientology to form the Genesis II Church of Health & Healing, claims in online videos to be a billion-year-old god from the Andromeda galaxy.

He promotes the solution as a miracle cure for cancer, AIDS, malaria, and possibly Ebola – but he also claims he can heal by touch.

Rivera distanced herself from Humble, but she claims miracle mineral solution cured her own son of autism after he was diagnosed at age 3.

"My son was immediately looking me in the eyes, he was smiling at me -- he was back," Rivera said. "Almost as if he had come back to the body."

Rivera -- who describes herself as a biomedical consultant and certified homeopath -- claims that autism is caused by yeast, parasites, viruses, and vaccines that can be flushed from the body through strict dietary guidelines and bleach enemas.

"Autism is treatable, it's avoidable, and I believe that it's curable," she said. "As the symptoms go away, the diagnosis fades as well."

"We don't have a single cause of autism that is linked to a virus or a type of germ or parasite," said Dr. Karan Radwan, of the University of Chicago. "I feel terrified about a procedure like this which could harm many kids."

An Arkansas minister and his wife lost custody of their seven children earlier this year over concerns about miracle mineral solution, and one Rivera associate has posted articles online advising parents how to handle investigations by child protective agencies.

Critics have tried to get Rivera’s books withdrawn from Amazon because “it potentially breaks the law to sell it on the grounds it advocates torture,” but they remain available through the online retailer.

"You don't experiment with children" said Dr. Karl Scheidt, director of the Center for Molecular Innovation and Drug Discovery at Northwestern University. "Something that's this potentially dangerous – why risk it?"

A Texas teacher and two assistants have been arrested and charged after they locked up a 5-year-old special needs boy for so long he began to eat his own feces and drink his own urine, the New York Post reports.

Melody LaPointe, 47, and teaching assistants Tarah Tinney, 33, and Augusta Costlow, 27, were charged earlier this week with abandoning or endangering a child. The incident, where they took the boy into an isolation room, took place in 2021.

Wall Street donors are abandoning Trump -- it's no longer a 'marriage of convenience': The Economist

According to The Economist, Wall Street is turning its back on Donald Trump.

More and more financiers who've historically donated to Trump are voicing displeasure with him, especially after he announced his candidacy for the 2024 presidential election as the 2022 midterms were still being contested.