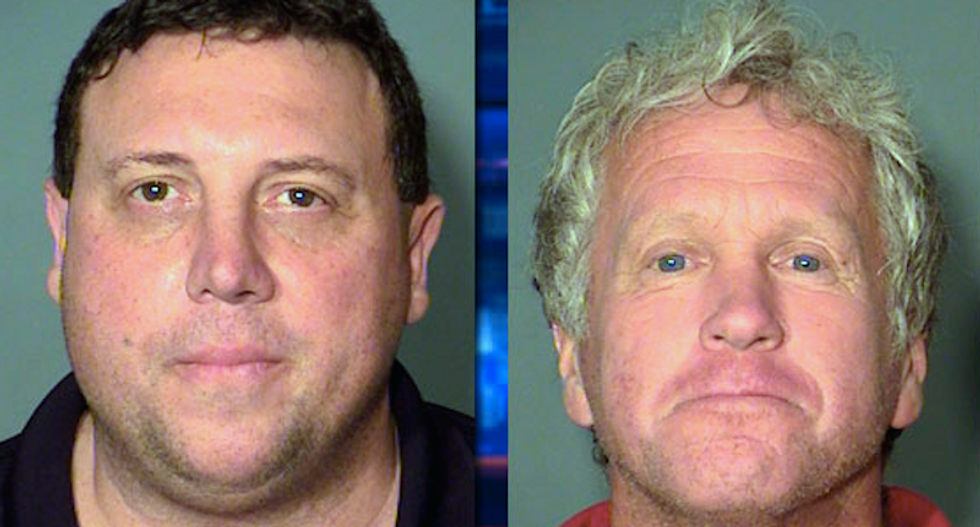 Two Las Vegas men face second-degree murder charges for the death of a woman they attempted to treat with an unapproved medical procedure.

Police said Karl Bachman and Cody Stoneking, who call themselves holistic doctors, taught the 74-year-old victim and her daughter how to administer “Octozone” treatments, reported KLAS-TV.

Basically, investigators said, they injected air bubbles into the woman’s bloodstream from a machine they offered to sell for $4,400.

Liy Liu flew to Nevada on Aug. 3 with her mother, Kim Wang Liu, to participate in the treatment after Bachman and Stoneking offered to let them try the treatment at $100 when they balked at the cost for the Octozone machine.

She said they both underwent Octozone treatment, which the men said would improve their health and kill pathogens in the blood, at the pair’s apartment.

Liu and her mother went back to the apartment the following day, and police said Bachman helped her administer an intravenous injection to the older woman – who immediately went into a seizure and began vomiting.

Kim Wang Liu briefly lost consciousness, and she was unable to speak or move when she awoke.

Her daughter called 911, and Kim Wang Liu died Aug. 12 at a local hospital of what doctors believe was an embolism.

Bachman and Stoneking moved out of their apartment shortly after Kim Wang Liu was hospitalized, and her daughter was unable to reach them.

A judge issued a warrant for both men’s arrest after the death was ruled a homicide, and police in October found them living in an extended stay hotel in Phoenix.

They denied administering intravenous treatments and described Octozone as a water purifying device.

However, a witness told police that she had also undergone Octozone treatments that closely resembled those given to the Lius, and she said the pair had treated others the same way.

The witness said she believed Stoneking was the leader of the operation.