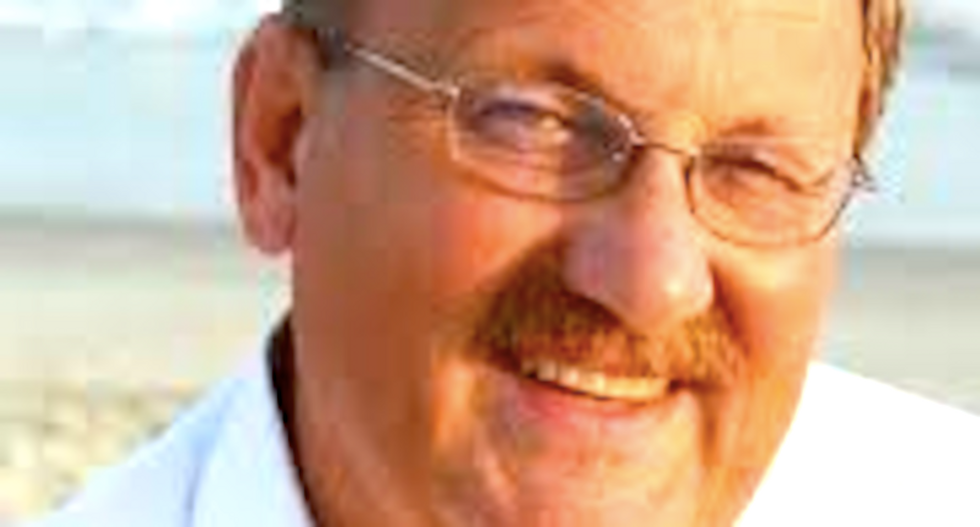 A Quiverfull author and homeschooling advocate defended the Duggars against “pagans and gullible Christians” who are “howling for scalps.”

Rick Boyer, who wrote the book “Take Back The Land” endorsed by Jim Bob Duggar, said the reality TV stars had responded appropriately to revelations that their eldest son had molested his sisters and other girls as they slept at the family home, reported Right Wing Watch.

“‘Abuse’ is the new ‘racism,’” wrote Boyer as part of a series of Facebook posts. “As soon as you’re accused of it, you’re considered guilty. Just what would you like the Duggars to have done? Turn all their kids over to a godless psychologist? Maybe one supplied by the local public school system where ‘abuse’ is so unheard of? Should they have skinned Josh alive, rolled him in salt and hung him on a meathook?”

The posts by the Home Educators Association of Virginia board member, who also wrote the book "The Hands-On Dad," were flagged by the watchdog group Homeschoolers Anonymous.

The 27-year-old Josh Duggar resigned his position with the anti-LGBT Family Research Council after admitting to “inexcusable” behavior about 12 years ago, when he was a teenager, and TLC has suspended broadcasts of “19 Kids and Counting.”

“(The) guy sinned, repented, changed, and lived an exemplary life for TWELVE YEARS before a tabloid spent thousands of dollars sending a team to Arkansas to go door to door trying to dig up dirt on this exemplary family,” Boyer wrote. “How much would it cost them to find dirt on YOU? Would they have to dig that hard?”

“Do you hear Josh’s sisters railing against him?” he continued. “Not, it’s not the victims howling for scalps, it’s pagans and gullible Christians, eagerly grabbing the bait and shooting their own wounded. Ok, go ahead and follow the crowd. I am taking a stand here and now, and you may quote me anywhere you care to. The Duggars are an exemplary family and I wish I were half the man that Jim Bob Duggar is.”

The sex abuse scandal has opened the lid on the Advanced Training Institute, a religious instruction program followed by the Duggars, that was founded by Bill Gothard – who resigned in the wake of his own sex scandal.

“As for Bill Gothard, I am personally acquainted with him and I have a friend very close to that ministry,” Boyer posted. “He was thoroughly investigated and what he was ACTUALLY found to be guilty of was touching some girls’ hands, hair and feet. He was honest enough to admit that these things were inappropriate and resign. But good grief, how does that compare with what most people are guilty of? All this piling on by people who are not in a position to really know, is just exactly what our enemies, human and spiritual, were hoping for. So many Christians are suckers.”

The never-married Gothard stepped down last year from the Institute in Basic Life Principles he founded after the board suspended him over sexual abuse and harassment claims made by dozens of women who had worked for him.

“Is Bill a sinner? Yes. Did he ever claim to be anything else? No,” Boyer wrote. “The Apostle Paul was a sinner too but he was surely one of the most godly men in the New Testament age. I firmly believe that Bill Gothard is one of the most godly men in this age. Perfect? No. Just about a hundred times closer to God than I am (And I make an effort).”

He challenged Gothard’s critics to measure up to the disgraced religious figurehead’s accomplishments.

“Have you ever spent THIRTY days in prayer and fasting just to draw closer to God?” Boyer wrote. “Have you ever risked your life to witness to Chicago street gangs? Have you ever spent most of your time away from home, when you hate to travel, for the sake of ministering to others? Think carefully before you cast the first stone. There. I hope I haven’t pulled too many punches.”