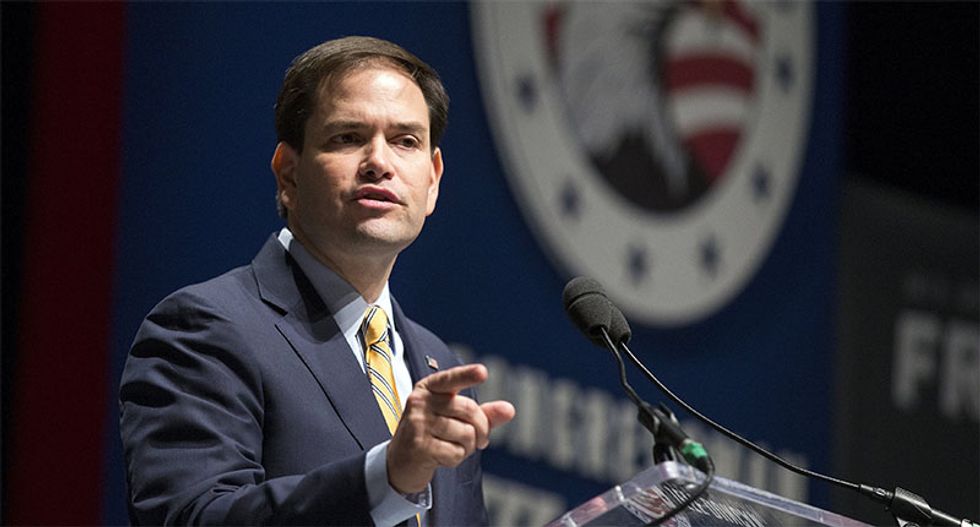 Seeking an edge on the national security issue, Republican presidential hopefuls on Saturday seized on the attack in Texas this week for which Islamic State claimed responsibility as an example of the threat they say the militant group poses to the United States.

“It’s not a matter of if another attempt is made on American soil, it is when,” Wisconsin Governor Scott Walker said at a gathering of declared or potential contenders in South Carolina. “I want a leader who is willing to take the fight to them before they take the fight to us.”

Two men were fatally shot on Sunday after opening fire with assault rifles at a heavily guarded exhibit of caricatures of the Prophet Mohammad in the Dallas suburb of Garland, Texas. The Syria- and Iraq-based Islamic State claimed responsibility, but offered no proof. U.S. officials have said they doubted the militant group's direct involvement.

Several Republican hopefuls who came to Greenville to address conservative voters in the early primary-voting state referred to the Texas attack in their comments.

But for Republicans, the struggle against Islamic State presents a challenge and a conundrum: How to talk tough about taking on the militants without rattling the nerves of voters worried about the country being plunged into yet another extended war in the Middle East.

Walker, like many of his fellow speakers, was short on specifics about how his approach to combating Islamic State would differ significantly from that of President Barack Obama. The president has sought to slow the militants' advance by providing support to Iraqi forces on the ground, backed by an air campaign by Washington and its allies in the region. He has ruled out using U.S. troops in large numbers.

Obama's request in February that Congress authorize the use of military force against Islamic State has made little headway. His fellow Democrats worry about getting involved in another Middle East war, while the Republicans who control Congress want stronger measures than what Obama proposed.

EMERGING AS A TOP ISSUE

The situation would seem to offer Republicans a political opportunity. Recent polls have shown national security and the fear of terrorism emerging as a top issue in the race in a way it did not in 2008 and 2012.

In a Wall Street Journal/NBC poll released this week, voters listed national security as their second priority, behind the economy. For Republicans, the issue ranked first. The fight against Islamic State and what Republican speakers described as a radical Islamic ideology dominated the discussion on Saturday.

That meant plenty of tough talk, but little in the way of concrete proposals. Louisiana Governor Bobby Jindal was one of the few speakers to mention deploying U.S ground forces to Iraq and Syria.

“The idea we would rule out ground troops is ridiculous,” he said in an interview, although adding: “Nobody is saying we’re sending in ground troops today.”

More typical was the rhetoric of Rick Santorum, the former senator from Pennsylvania, who suggested the Obama administration was pursuing a half-hearted strategy in the fight against Islamic State. He said the United States should “load the bombers up and bomb them back to the 7th century.”

Senator Marco Rubio of Florida, who has announced his candidacy, quoted the popular film "Taken" in describing his strategy against the militants. “We will look for you, we will find you, and we will kill you,” he said.

In a state where evangelicals comprise a significant and influential share of the Republican electorate, Walker, Rubio and Carly Fiorina, who announced her candidacy this week, referred to the beheadings of Christians by Islamic State.

“When I see Christians from Egypt and elsewhere around the world shot or beheaded just because of their faith, that’s something I feel right here, you feel in your heart and your soul,” said Walker, who has yet to enter the race.

Several potential contenders lambasted Obama for his refusal to describe the militants as adherents to a radical religious code and painted the conflict as one comparable to America’s struggle against German Nazism and Soviet Communism.

“The great issue of our time is a battle between the Western values of freedom and this totalitarian worldview of Islamic fanatics,” said former Texas Governor Rick Perry.