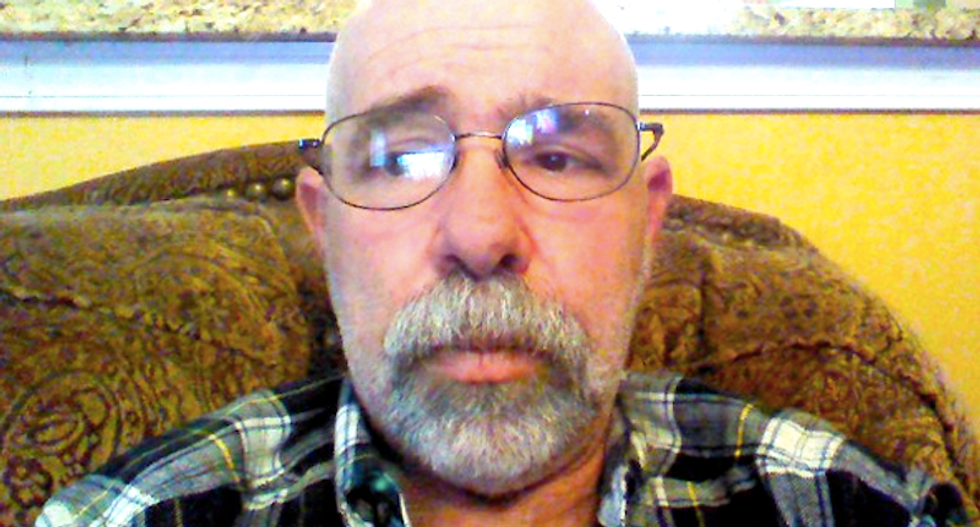 An Obamacare-hating South Carolina conservative may yet find his efforts to save his eyesight foiled again by the Republicans he has supported.

Luis Lang – a self-employed handyman who has never purchased health insurance and neglected to sign up on an insurance exchange as mandated by the Affordable Care Act – gained Internet fame after blaming President Barack Obama for his inability to receive treatment for bleeding in his eyes.

The 49-year-old Lang said he had rethought his political affiliation after his story went viral and he researched the health care reform law – which he still believes is flawed but through which he still hopes to gain coverage despite missing this year’s deadline to sign up.

However, those efforts may be thwarted if the U.S. Supreme Court rules in favor of the challengers next month in the King v. Burwell case, reported the Washington Post.

A ruling in favor of the Republican plaintiffs could eliminate subsidies for millions of people like Lang who live in one of the 34 states where Republicans have rejected Medicaid expansion for residents who are unable to pay for coverage and don’t earn enough to qualify for subsidies.

Lang has not worked since December due to his failing eyesight, and his income fluctuates even in the best of times – leaving him in the “Medicaid gap.”

GOP lawmakers have discussed several backup plans to keep those Americans covered, at least temporarily, if the Supreme Court strikes down portions of the Affordable Care Act that set up federal exchanges.

But, as the Post’s Greg Sargent points out, Republicans “are likely to demand a repeal of the mandate in exchange, which suggests they may simply be trying to draw a presidential veto of their fix in hopes of winning the blame game that follows.”

Regardless of the political outcome following a court ruling against Obamacare -- that might still leave Lang without health care coverage, which could prevent him from having the surgery he needs to save his eyes.