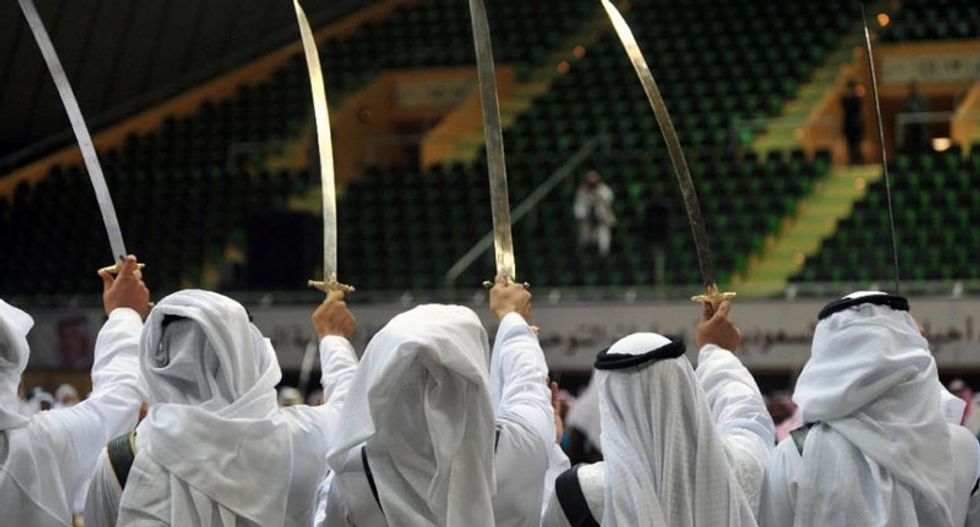 Saudi Arabia executed 87 people in 2014, ranking it third in the world for use of the death penalty (AFP Photo/Fayez Nureldine)

Saudi Arabia advertised vacancies for eight executioners Tuesday after beheading nearly as many people since the start of the year as it did in the whole of 2014.

The civil service ministry said that no qualifications were necessary and that applicants would be exempted from the usual entrance exams.

It said that as well as beheadings, the successful candidates would be expected to carry out amputations ordered by the courts under the kingdom's strict version of Islamic sharia law.

Amputation of one or both hands is a routine penalty for theft. Drug trafficking, rape, murder, apostasy and armed robbery are all punishable by death.

All are carried out in public and video footage sometimes appears on the Internet despite a ban on filming.

In January, gruesome footage was posted of a Burmese woman protesting her innocence before being beheaded by a swordsman on a public street in the Muslim holy city of Mecca.

Ignoring her screams, the white-robed executioner forces her to lie down on the ground, near a pedestrian crossing, then severs her head with a curved sword.

The official Saudi Press Agency said that Layla bint Abdul Mutaleb Bassim had been sentenced to death for killing her husband's six-year-old daughter.

The vacancies were advertised on the ministry's website in the "religious jobs" section.

Last year, Saudi Arabia executed 87 people, according to an AFP tally, ranking it third in the world for use of the death penalty.

Already this year, it has put 84 people to death in what human rights group Amnesty International has described as a "macrabre spike."

The interior ministry says the death penalty is an important deterrent.

But on a visit to Riyadh this month, French President Francois Hollande said capital punishment "should be banned".