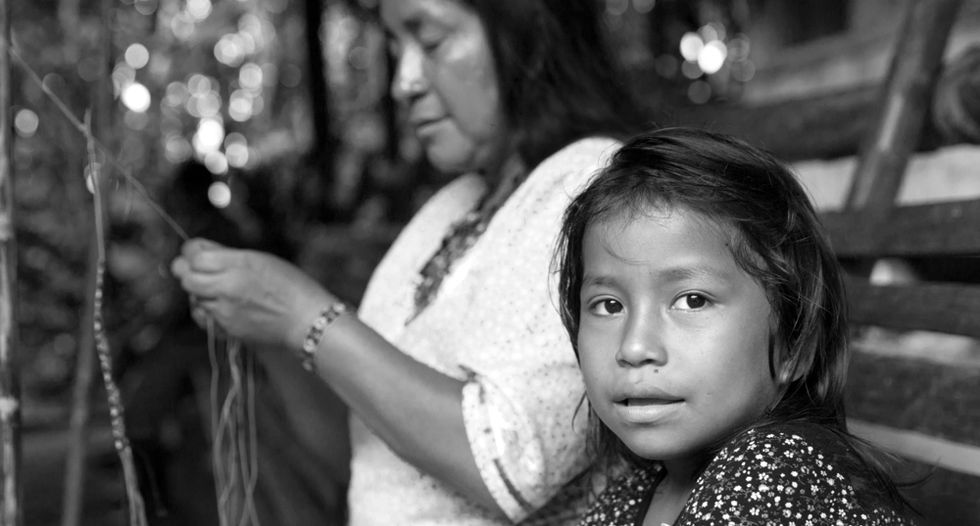 The superintendent for a California school district has apologized and removed a song from its elementary school curriculum in response to the objections of a fourth-grade student, and member of Wukchumni tribe, who found the song's lyrics offensive to Native Americans, Native News Online reports.

Last month, 10-year-old Alex Fierro returned home from his day at Shannon Ranch Elementary School, and announced that a song he'd learned in class had offended him so profoundly he wouldn't sing the words out loud -- even to his mom, Debra Fierro. But when Alex brought his mother a printed copy of the lyrics to "Twenty-One Missions" a few weeks later, she was so alarmed she almost immediately alerted leaders in both her tribal community and the Visalia Unified School District.

When Alex showed her the words to the song he'd been assigned, Fierro tells the Indian Country Today Media Network, "I just got this pit in my stomach. I felt horrible.”

The song describes the purpose of California's missions -- through which Spaniards christianized Native American populations while also enslaving them between the years 1768 and 1833 -- as an effort by conquering Christians to "save the soul" and to  "soothe the savage beast." "A song of hope to set you free," the lyrics continue, beckoning "Come, little Indian, dance with me." "Praying, teaching, searching, reaching out to the red man's soul," the song goes on. "Oh, what a noble goal."

Affected by the skewed history her son was learning in class, Fierro got in touch with Darlene Franco, chairwoman of the Wukchumni Tribe, who wrote a letter to school administrators expressing disapproval toward "Twenty-One Missions" as an assigned component of the regional educational curriculum.

"The missions almost wiped out the Wukchumni," Franco tells the Indian Country Today Media Network. "As a result, there was a lot of death. It was another genocide. It was enslavement, mistreatment. It was 10 times worse than boarding schools, and as a result, most of the Native people on the coast are not federally recognized.”

Fierro sent letters to Alex's school superintendent, principal, and teacher on the issue of "Twenty-One Missions" as well, asking that the song be removed from the curriculum.

School officials responded to Fierro's concerns relatively quickly. Within a week, the school board president apologized, reasoning that the assigned music lesson that had so troubled Alex is "offensive to Native Americans." "Twenty-One Missions" will no longer be taught at area schools, per instructions from the superintendent. And earlier this month, the assistant superintendent and Alex’s music teacher's met with the student, Fierro, and Franco to personally apologize.

Of the roughly 28,500 students who attend public schools in Visalia, about 2.8 percent of them identify as Native American.

"The incident has already generated change," says Visalia superintendent Doug Bartsch. “This process has stretched my own perspective. I like to think of myself as culturally sensitive, but we all miss stuff. We want to continue working with local tribes, to get together and listen more, to think about what we can do better in the future.”