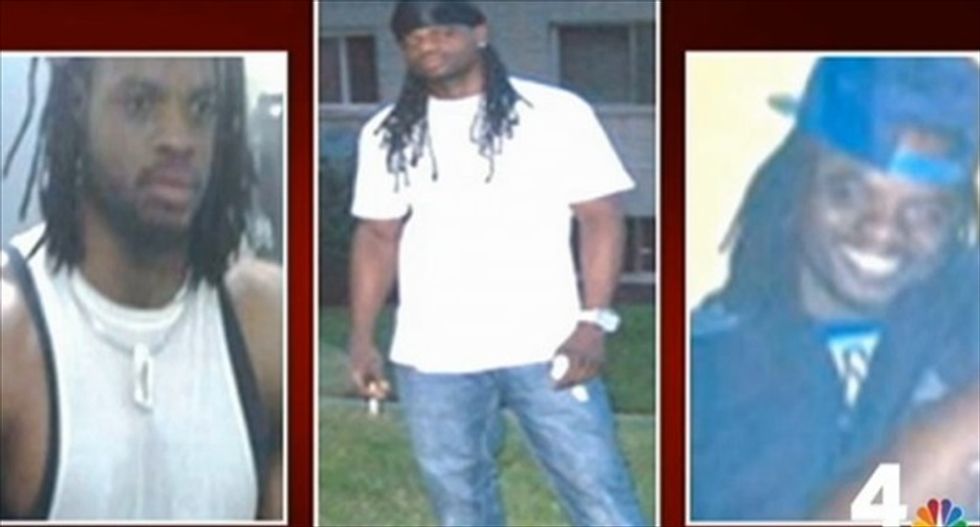 34-year-old Daron Wint was taken into custody in connection with a quadruple homicide in Washington, DC [WRC-TV]

The suspect in the killing of a Washington businessman and three others found in a torched mansion last week has been taken into custody, police said late on Thursday.

The bodies of businessman Savvas Savopoulos, his wife, son and housekeeper were found inside the multimillion dollar house in a neighborhood near Vice President Joe Biden's official residence after a fire that police called "very suspicious."

Earlier on Thursday, Police Chief Cathy Lanier said Wint was believed to be in Brooklyn. He had worked for Savopoulos' construction materials company, American Iron Works.

Wint has been charged with first-degree murder while armed, authorities said on Wednesday.

"We do believe that there is a connection between the suspect in this case through the business. Right now it does not appear that this was a random crime," said Lanier, who was flanked by Mayor Muriel Bowser.

Lanier said police have not ruled out that others may be involved in the murders.

The Savopouloses' Porsche was found torched in Prince George's County, Maryland, outside Washington.

Police have said that three of the victims were beaten or stabbed. The Savopoulos family was active in society in the U.S. capital and in charity work.

The Washington Post reported on Thursday that Wint's DNA had been recovered on the crust of a Domino's pizza that had been delivered to the house. Lanier said she would not discuss evidence.

Watch a report on Wint's arrest, as aired on WRC-TV on Thursday, below.