Switch to decaf: Watch a Starbucks manager's epic meltdown with a customer over a cookie straw 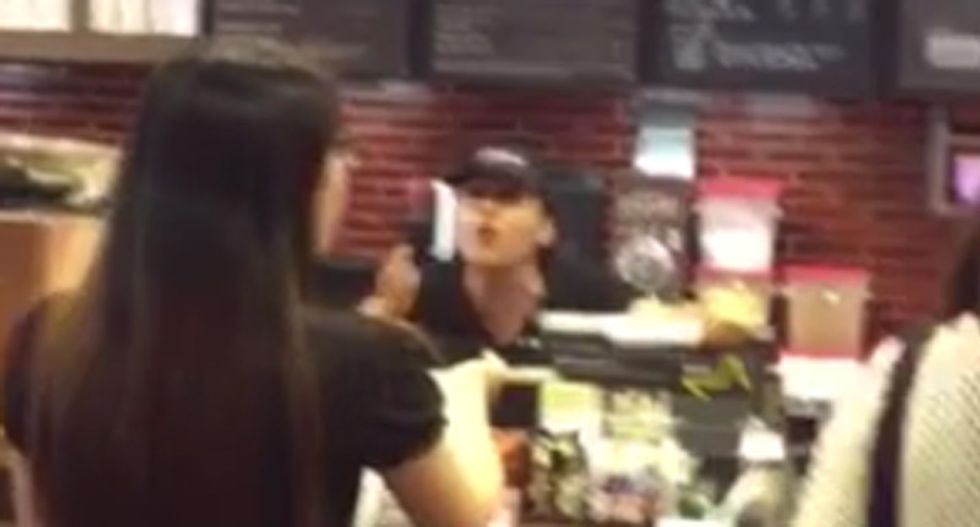 A woman, reportedly fumbling with the Starbucks app on her phone, set off the manager of a Starbucks in Queens resulting in an epic meltdown that was captured on video.

According to Mashable, customer Ruby Chen ordered a frappucino and a cookie straw and, while attempting to use the Starbucks app on her phone to pay, did not hear the  barrista ask for her name.

Then came the meltdown from a manager--  identified as Melissa -- who began shouting at Chen, scarcely giving her time to answer.

As onlookers can be heard commenting that Melissa needed to be fired, the angry employee accuses Chen of trying to steal the cookie straw.

According to screenshot posted on Facebook, Starbucks terminated the feisty manager after hearing from customers, writing, "This partner no longer works for Starbucks and we are reaching out to the customer to apologize and make this right."

(Update): In an interview with PIX11, Melissa stated that she had not been fired, but had quit after being suspended.