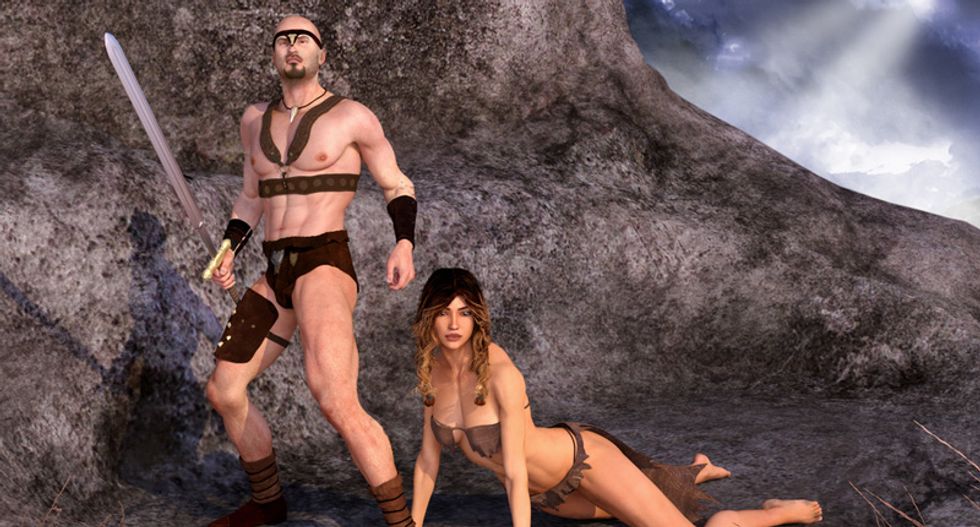 Barbarians at the gate - Shutterstock

In a radio interview over the weekend, a first term congressman expressed fears that allowing young undocumented immigrants into the military would hasten the decline of Western Civilization, reports Right Wing Watch.

Last week GOP lawmakers in the House voted to block a measure that would have allowed the Pentagon to consider allowing young immigrants who are in the country illegally to enlist in the military.

Known as "Dreamers" these young adults have been given temporary legal status by President Obama.

Rep. Dave Brat (R-VA), the Tea Party favorite who unseated Eric Cantor, explained to radio host John Fredericks that allowing Dreamers into the military reminded him of the fall of Rome.

“Well, what’s going on is the decline of Western Civilization at the highest level,” Brat said. “I think everybody knows their old Roman history, part of the reason Rome fell was because they started hiring the barbarians in, otherwise known as the Germans at the time, to be troops in their own army, and that led to their eventual downfall.”

Not one to allow an opportunity to indulge in a bit of hyperbole pass, Brat pointed out that a willingness to serve in the military on patriotic grounds wasn't enough.

"I mean ISIS is willing to serve in our military as well," he explained.

Listen to the audio below, captured by Right Wing Watch: