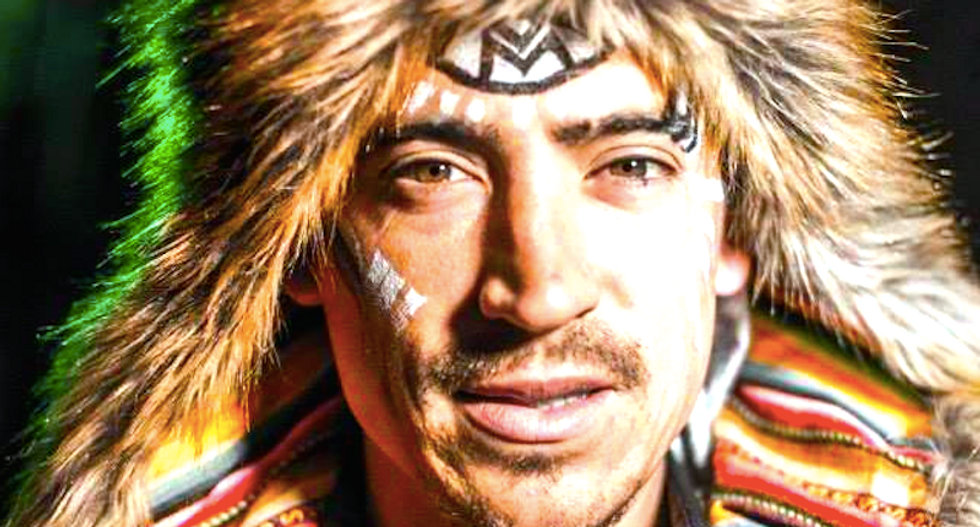 The California Department of Alcoholic Beverage Control cited the Full Circle temple and event center for selling alcohol without a license, a misdemeanor, after investigating a complaint over fermented kombucha tea, reported The Argonaut.

The agents seized several bottles of kombucha, which typically contains less than 0.5 percent alcohol by volume, but anything stronger is classified as an alcoholic beverage – which requires a permit to sell.

“They may be a complaint-driven agency, but we’re an intention-driven organization and our intentions are pure,” said Keegan, who starred in the 1990s hit “10 Things I Hate About You.”

“Kombucha is something we’d never imagine to be an illegal substance, and it’s frustrating the system has that perspective,” Keegan added.

The former actor has the “ultimate say on all things” within the religious group he organized, whose beliefs he explained in an interview last year with Vice.

An ABC spokesman said the agency often approves single-day permits for alcohol sales at community functions, but he said Full Circle had not been granted one for its May 8 fundraiser for the Sea Shepherd Conservation Society.

The Venice spiritual center serves effervescent, fermented tea made by Kombucha Dog – which claims to be “the most potent on the market” and made from a raw and undiluted bacteria-yeast culture.

“Part of our spiritual practice is that we serve kombucha,” said Jason Dilts, a Full Circle spokesman. “We were very surprised and concerned when we saw the agents wheeling the containers of Kombucha Dog out of the fundraiser.”

The company says the alcohol content of its product is usually no more than 1 percent by volume, saying “it is not possible to get drunk by consuming even large quantities of kombucha in a short period of time.”

The kombucha sting comes less than two months after authorities inspected more than 100 restaurants, bars, and liquor stores in Venice following years of complaints about an over-concentration of liquor licenses in the beachfront neighborhood.

"It's a Kombucha REVOLUTION Meditation, massage sound healing and live art yet we got raided by the police and they confiscated our Kombucha?" Keegan said in an Instagram post. "Such an abuse of tax payers money that 5 police officers would be sent to a temple???"