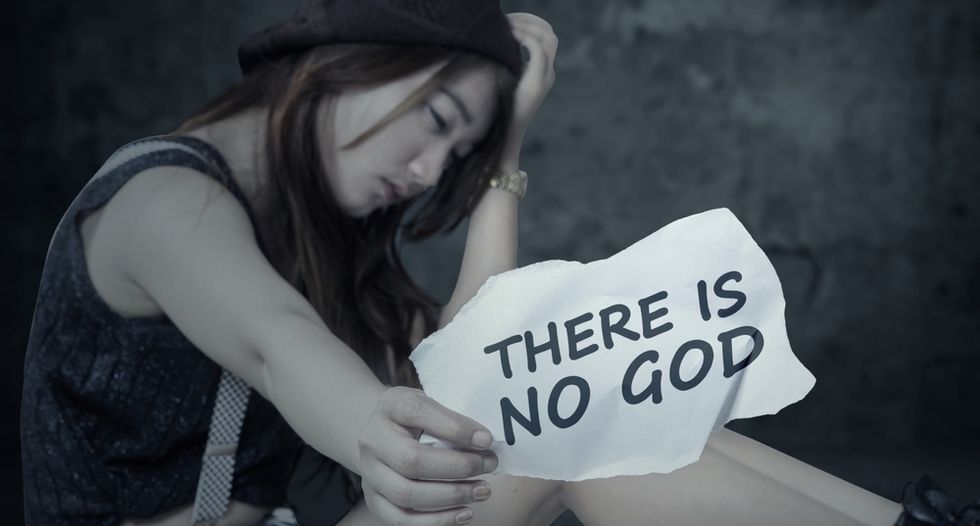 Religion is rapidly losing the youngest generation of Americans, according to new research.

America's rising generation of adults are the least religiously observant of any generation in six decades, determined an expansive study led by Jean Twenge, a psychology professor at San Diego State.

"Unlike previous studies, ours is able to show that millennials' lower religious involvement is due to cultural change, not to millennials being young and unsettled," Twenge says in a San Diego State University news release. .

In one of the largest studies ever conducted on Americans' religious involvement, researchers from Case Western Reserve University and the University of Georgia collaborated with Twenge and her colleagues in California to analyze data from four national surveys of U.S. adolescents between the ages of 13 and 18.  The surveys were taken between 1966 and 2014, and include responses from some 11.2 million people.

The researchers' findings were published this month in PLOS One.

According to Twenge and her cohorts, today's adolescents view religion as less important, report less "approval" of religious organizations, and spend less time on prayer than did their similarly-aged predecessors. Compared to their peers in the late 1970s, 75 percent more American 12th graders, the paper finds, believe that religion is "not important at all" in their lives.

Twenge cites a surge of individualism as the force behind atheism's relative appeal to a young, self-centric generation. She's literally written the book on the subject: "Generation Me." In it, Twenge provides academic rationale to support the allegation that children born in the 1980s and 1990s form an "Entitlement Generation," which she describes as being "tolerant, confident, open-minded, and ambitious but also disengaged, narcissistic, distrustful, and anxious."

"These trends are part of a larger cultural context, a context that is often missing in polls about religion," Twenge says. "One context is rising individualism in U.S. culture. Individualism puts the self first, which doesn't always fit well with the commitment to the institution and other people that religion often requires. As Americans become more individualistic, it makes sense that fewer would commit to religion."

The study also notes an “increasing acknowledgment that religion is not consistent with scientific understanding” could be driving adolescents away from religion.  It is possible that “debates about teaching creationism or intelligent design in U.S. schools, such as those in Kansas in 2005, pushed some young people away from religion,” Twenge and her colleagues write in the study.

The generational decline of religion's appeal in America has been documented in other studies as well, including one published last year by Massachusetts computer scientist Allen Downey. Downey's conclusion as to why Americans are turning to atheism contrasts with Twenge's, however. As noted by the MIT Technology review, Downey finds unprecedented access to information afforded by the Internet to be a major factor in determining a person's inclination to embrace religion. The Internet, Downey argues, could be as significant a variable as childhood religious upbringing in influencing an individual's spiritual outcomes.