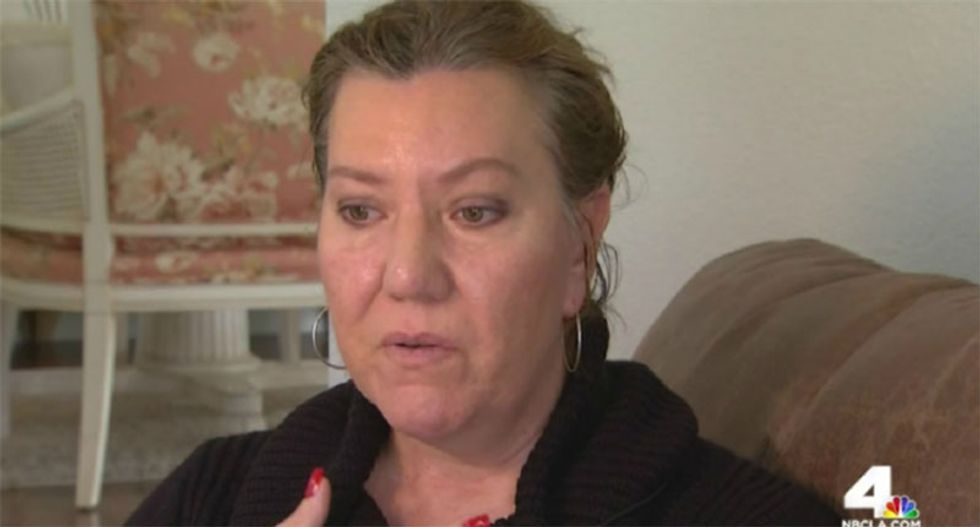 A California mother diagnosed with terminal cancer is fighting for her right to decide how to end her life, NBC4 reports.

Christy O'Connell, a 46-year-old single mother from Valencia, California, is now a plaintiff in a lawsuit to lift the ban on physician-aided death for terminally ill patients in the state.

"I'm faced with the reality that because it's not lawful here in California that my daughter is either going to come home and find my body — and no child should have to deal with that — or she is going to have watch me suffer," she said.

O'Connell was diagnosed with terminal lung cancer, which has spread to her brain, ribs, and spine.

"I have exhausted all of my medical efforts," she said.

Without physician-aided death, she will die an extremely painful and slow death, she said in a video made by Compassion & Choices, a nonprofit organization that takes part in the lawsuit. Doctors will "very painfully" drain the fluid from her lungs with a tube, she said, and despite that, her lung will eventually start to fill with fluid again, and the process of "drowning painfully" will repeat until her death.

"When it's already lawful for me to have a choice to deny hydration and nutrition in California, it should likewise be lawful for me to decide when is the right time when I can no longer endure the pain," she said in an interview with NBC4.

The lawsuit was filed by Compassion & Choices on behalf of O'Connell and two other plaintiffs with terminal or advanced diseases, Elizabeth Wallner of Sacramento and Wolf Breiman of Ventura. The organization also helped publicize the advocacy of Brittany Maynard, a 29-year old woman who moved from California to Oregon with her husband to end her life in peace with medical aid. Maynard died on November 1, 2014 and was an inspiration to O'Donnell.

Five states — Oregon, Washington, Montana, Vermont and New Mexico — currently allow medical aid in dying, according to Compassion & Choices. However, unlike Maynard, who chose to move to Oregon to die on her terms, O'Connell said moving to another state wasn't an option for her because she didn't want her daughter to have to adjust to a new life.

"I'm not going to make her start again and the bottom line is I shouldn't have to," she told NBC4.

California's Senate Bill 128, the End of Life Option Act, which is "closely modeled" after Oregon's Death with Dignity Act, was recently approved by the state senate’s Health and Judiciary Committees.

The Senate has until June 5 to pass the End of Life Option Act, and if passed, the Assembly would have until Sept. 11 to approve the legislation.

But O'Donnell isn't sure if she will be able to wait till then. Now, her goal is to be able to celebrate her daughter's 21st birthday next month.

"In my last breath with her holding my hand, I want to know that (my daughter) is going to walk out of that room and have her whole family there. That's what I want," she said to NBC4.

Watch the video below, courtesy of NBC4.