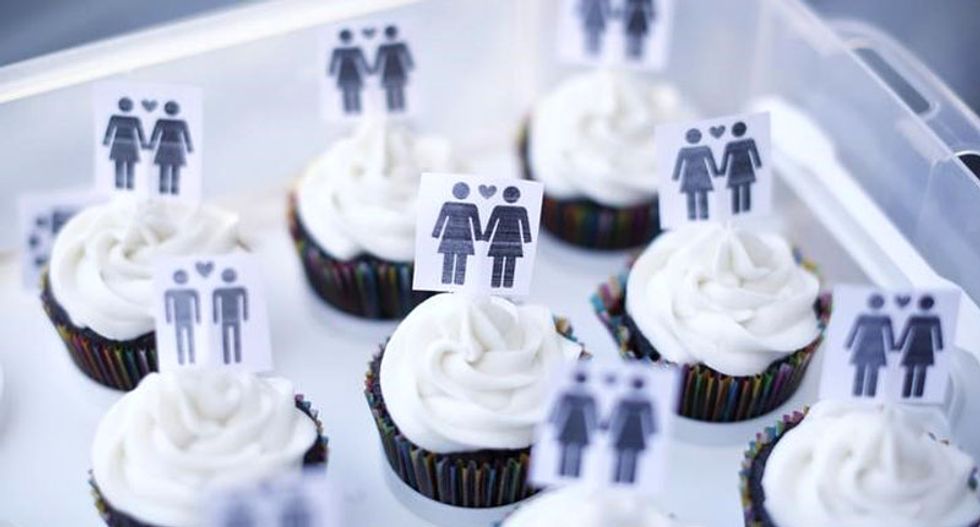 A box of cupcakes are seen topped with icons of same-sex couples at City Hall in San Francisco, June 29, 2013. REUTERS/Stephen Lam

Republican-backed legislation to put new blockades on same-sex marriage in Texas died in the statehouse on Friday after failing to win approval by a midnight deadline amid stalling tactics by the Democratic minority.

The bill, called the "Preservation of Sovereignty and Marriage Act," would block clerk's offices in the state's 254 counties from using tax money to issue licenses for same-sex weddings.

Socially conservative backers have said the measure allows the state to exert its rights regarding marriage. The bill's demise comes as the U.S. Supreme Court is expected to decide next month whether same-sex marriage will be legal nationwide.

About a decade ago, voters in the largely conservative state overwhelmingly approved a Texas constitutional amendment that only allows marriage between a man and a woman. State Republican leaders have said they will fight to enforce the ban on same-sex marriage.

The bi-annual Texas legislative session ends in about two weeks. All bills, except the budget, that did not pass in the Texas House of Representatives before Friday are not allowed to proceed.

Before gay marriage became legal in the liberal northeastern state of Massachusetts in 2004, it was not permitted in any state. Now it is legal in 37 states and Washington.