Texas gunman Nadir Soofi was a 'heartthrob' in Pakistan: schoolmates 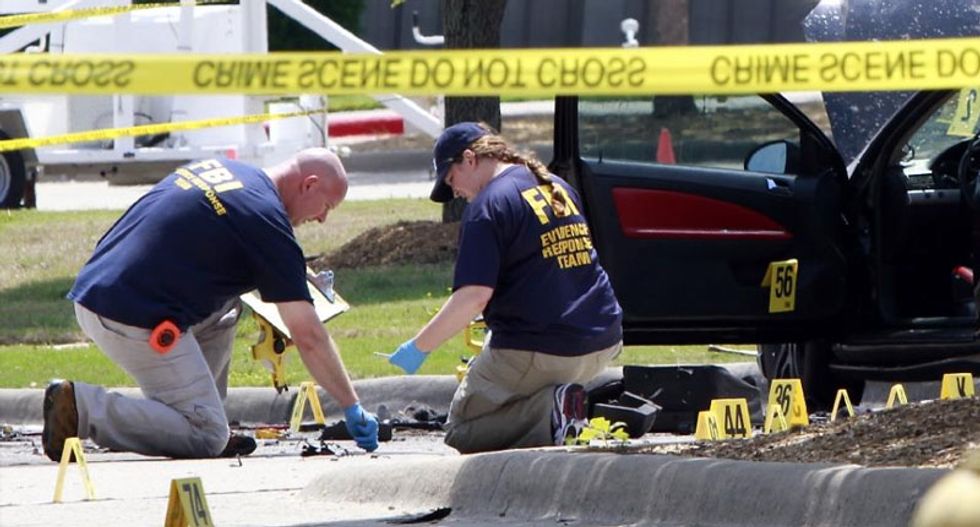 Nadir Soofi, one of the gunmen who attacked a Texas venue hosting a contest to draw the Prophet Mohammed, was a charismatic "ladies' man" as a teenager, contemporaries from an elite Pakistani school told AFP Wednesday.

Soofi, 34, and Elton Simpson were shot dead by police on Sunday as they tried to storm the controversial cartoon drawing event.

The Islamic State group has claimed responsibility, although US officials caution it is too early to draw a firm link.

Soofi studied at the $20,000-a-year International School of Islamabad from 1992 to 1998, where contemporaries said he was funny, popular and charming and showed no inclination towards extremism.

Speaking on condition of anonymity, one told AFP Soofi was "quite suave and charismatic" and something of a "ladies' man" as a student.

"Whatever fundo [fundamentalist] indoctrination occurred, [it] happened after he graduated and moved to USA -- here he was simply a cool kid with a bright future," the contemporary told AFP.

Soofi's mother taught art at the heavily-guarded school, which is popular with diplomats and rich Pakistanis, several of his contemporaries said.

He took part in theatre productions, and another schoolmate said Soofi starred as the lead in "Bye Bye Birdie", a musical inspired by Elvis Presley, transforming him from a sweet, shy boy into "a confident heartthrob".

"He was always good looking, throwing back his long silky hair, but after the play he did, wow -- he was Mr Elvis of school," she told AFP, again speaking on condition of anonymity.

She added she was shocked by news of what Soofi had done in Texas.

"I had noticed on Facebook that he had become Islamic but never thought to such extremes," she said.

Another former pupil who was a close friend of Soofi's brother said past students were "traumatised" by events in Texas.

"It's a very small community and everyone stays in touch. It's really sad to hear," he told AFP.

"The family was not really religious in any way. They were obviously Muslim by birth like we all are."

The former pupil said Soofi's family were "well off" and lived in a good house but paid no fees at the Islamabad school as his mother taught there.

The school refused to comment on the case and security guards stopped journalists from approaching on Wednesday.

Soofi's parents divorced while they were in Pakistan, two schoolmates said, and he returned to the United States with his mother.

Soofi, who is survived by a young son, reportedly attended the University of Utah and later owned a struggling pizza and chicken wings restaurant. Managing his business reportedly meant he sometimes had to skip prayers at the mosque.

The IS claim marked the first time the extremist group, which has captured swaths of territory in Syria and Iraq using brutal methods, alleged to have carried out an attack in the United States.

Pakistan, in particular its restive tribal regions on the Afghan border, has long been a favoured destination for would-be Islamist militants from abroad seeking training and guidance.

But there is no suggestion so far that Soofi's time in Pakistan had any influence on his radicalisation.