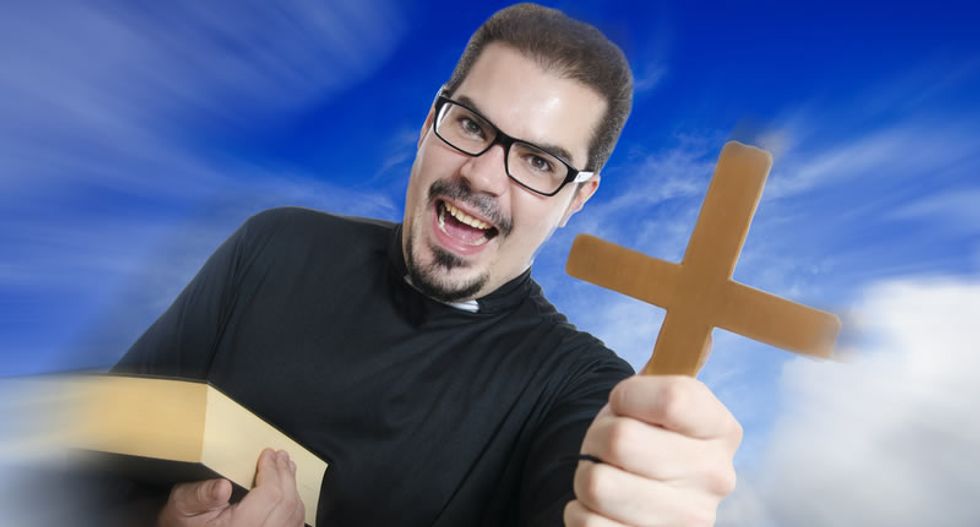 A bill clarifying that clergy members have the right to refuse to conduct marriages violating their beliefs tentatively passed the Texas House 141-2 Thursday.

Critics argue the so-called Pastor Protection Act, Senate Bill 2065, is aimed at making it tougher for same-sex couples to marry in Texas, should the U.S. Supreme Court legalize gay marriages. The bill's author, state Sen. Craig Estes, R-Wichita Falls, has said the bill is about protecting pastors "who have a strong religious belief " against same-sex marriage.

The bill passed out of the Senate earlier this month on a 21-10 vote, with one Democrat joining Republicans in support.

Yet most Democrats in the Texas House voted for the bill, and made it clear Thursday that they believe the measure protects religious institutions supporting gay marriage as well as those that oppose it.

“I truly believe that there is space for LGBT justice and religious freedom and this, I feel, is the space for that,” said state Rep. Mary Gonzalez, D-Clint, who has called herself the only openly pan-sexual elected official in the nation.

State Rep. Celia Israel, D-Austin, said in a speech supporting the bill that she will one day marry her longtime lesbian partner in Texas. Pastors that don’t support their union shouldn’t worry about her trying to get them to conduct the ceremony, she said. SB 2065, Israel argued, would ensure that a clergy member that wants to support the ceremony can.

“This Roman Catholic urges you to vote yes,” Israel said.

Ahead of Thursday's vote, Equality Texas withdrew its opposition to the measure and encouraged House Democrats to vote for it.

The bill's House sponsor, state Rep. Scott Sanford, R-McKinney, described the bill as “a shield and not a sword” and noted that it did not change "the role of state government in issuing marriage licenses."

State Rep. Patricia Harless, R-Spring, said the bill was about protecting pastors who feared what may happen in the future related to marriage and the law.

“Maybe pastors won’t be sued but we need some protection in case they are,” Harless said.

The two “no” votes on the bill were state Reps. Terry Canales, D-Edinburg, and Armando Walle, D-Houston.

During the House debate, Canales asked Sanford about what situation the bill was trying to prevent, as he was not aware of a situation in which a religious clergy member has been prosecuted for not marrying a couple.

“I don’t think you should force somebody to marry anybody,” Canales said.

If the bill receives final approval in the House, it will go to Gov. Greg Abbott's desk. Abbott has indicated he will sign the bill.

By Aman Batheja, The Texas Tribune