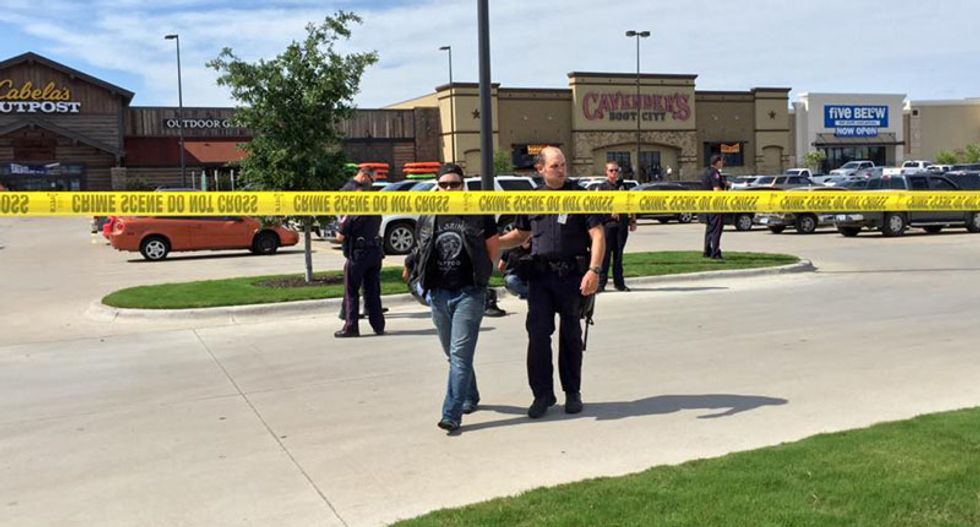 The 170 people arrested after a deadly brawl between motorcycle gangs at a Waco restaurant that left nine dead and 18 injured are being held in separate parts of a county jail to prevent an outbreak of violence, a newspaper reported on Tuesday.

Those arrested come from across the state and are being held on bond of $1 million each on organized crime charges relating to capital murder. Sheriff's office officials were not immediately available to comment on the report.

A day earlier, Waco police warned of revenge attacks by the biker gangs after the deadly fight at the Twin Peaks Sports Bar and Grill, a restaurant where scantily clad women that sells bar food and drinks.

Police said they had warned the restaurant about the potential for violence at the meeting of five rival motorcycle gangs but the store's management did not heed their calls to turn the bikers away.

The bikers attacked each other with guns, knives, brass knuckles, clubs and chains. The brawl started in a bathroom, spread to the restaurant and spilled out to two parking lots.

About two dozen police where waiting outside in anticipation of violence and returned fire when the bikers began firing at them. No bystanders or police were injured in the incident.