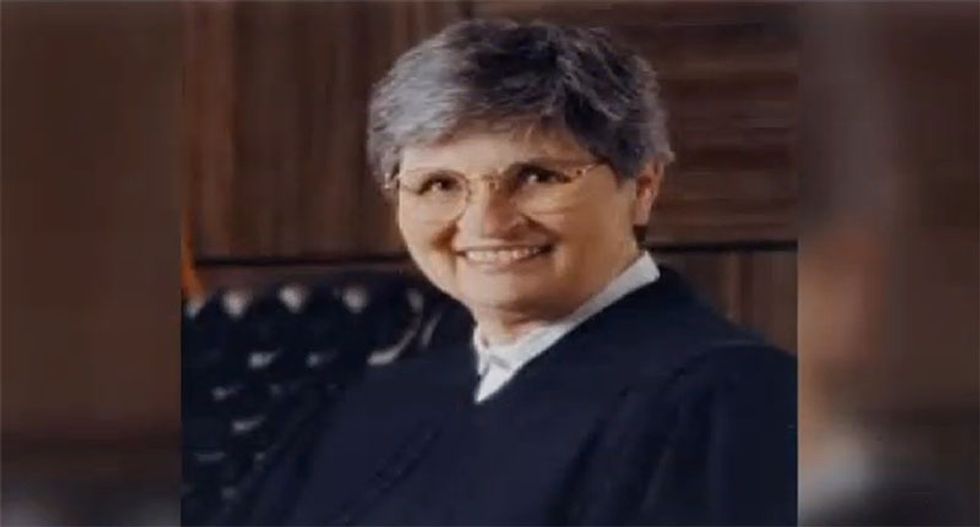 A Texas judge has been reprimanded for showing bias against Jewish and Muslim people, KCBD reports.

A complaint was filed against Judge Carter Schildknecht, 74, and submitted to the State Commission on Judicial Conduct last year. The commission signed a sanction last week, which finds that the judge violated the Texas Code of Judicial Conduct on several separate occasions.

One occasion occurred last July, when Schildknecht called District Attorney Michael Munk "a New York Jew" during a private conversation with Munk's secretary in the judge's office, according to the documents recently obtained by KCBD.

The judge admitted to making the remark, but claimed that it wasn't meant to discriminate but to explain the district attorney's perspective "may be different from that of someone who has been reared in West Texas," according to the commission.

"I may be too blunt, but I am not biased or prejudiced against New Yorkers or Jews," she said in her response to the commission. However, the commission concluded that the judge's remark manifested a religious and/or cultural bias.

Later that month, Schildknecht had Munk removed from the courtroom, saying that she wanted him out of there because she didn't want to see his face.

In her response to the commission, she acknowledged that she made such statement and said she regretted acting "in haste," according to the documents.

In another occasion last July, Schildknecht held a "marathon" court session from 1 pm till 4 am in the next morning, without bathroom or lunch/dinner breaks. At least one defendant whose case was heard last in the early hours of the morning appealed the conviction, saying "fair consideration could not possibly been given at 4 a.m. after a 19 hour day," according to the documents.

The commission concluded that Schildknecht violated the "Open Courts" doctrine and demonstrated a lack of professional competence in the law by expelling Munk from the courtroom. It also concluded that by expelling Munk and holding the "marathon" court session, Judge Schildknecht failed to treat litigants, attorneys and others with patience, dignity, and courtesy, according to the documents.

Finally, in last September, the judge criticized an assistant district attorney in her courtroom about his beard, stating, "You look like a Muslim, and I wouldn't hire you with it," or words to that effect.

Schildknecht said she couldn't recall the statement but the situation seemed "faintly familiar." She added that she wouldn't have made a comment while actively conducting court business, according to the documents.

The commission said this statement also manifested a religious and/or cultural bias like the "New York Jew" statement.

Judge Schildknecht was given a Public Admonition and Order of Additional Education, after she was given an opportunity to respond to any allegations made against her.

She is required to receive four hours of additional education in the "Open Courts" doctrine and in recognizing and eliminating explicit and implicit bias and/or prejudice. She is also required to meet with a mentoring judge assigned to her by the Texas Center for the Judiciary after receiving the sanction.

Watch video below, courtesy of KCBD.