Texas Senate testimony: It's a 'hate crime' to make people not discriminate against gays 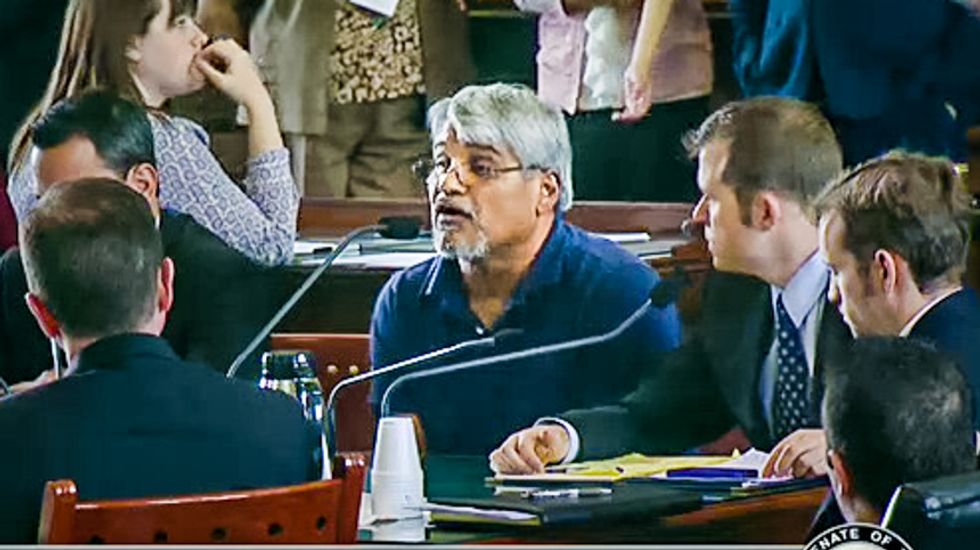 A Texas church member testified to a state Senate committee on Monday that the government would be guilty of a "hate crime" if he was forced to recognize that LGBT people had an equal right to marriage.

On Monday, the Senate committee on State Affairs heard testimony in favor of Senate Bill 2065, which would allow religious organizations and their employees to refuse to provide services related to same-sex marriages if it violated their "sincerely held" beliefs.

John Torres, who said that he was testifying on behalf of his church, explained that he lived a "common life" and "I don't discriminate against nobody."

"I have never stand [SIC] up for something, but I think it's time that all the people start standing up for the beliefs they have," he insisted. "And my belief, and a bunch of us have that belief, that it's one woman and one man. The Bible was clear when it said that."

"We need y'all to stand up for us," Torres told the lawmakers, adding that the legalization of same-sex marriage was a "hate crime."

"I think we need y'all to stand up for the little guys," he said. "You are our big brothers. Stand up for what's right, and that is our belief in religion."

Watch the video below from the Texas Legislature, broadcast May 4, 2015.