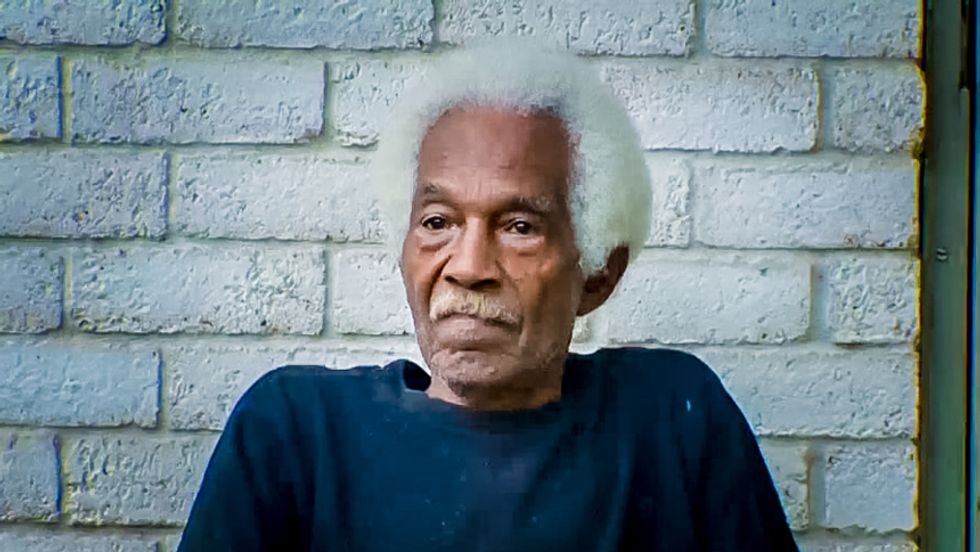 An 82-year-old Texas man alleged this week that officers in military gear stormed his home, broke his hip and then left him without calling for medical assistance.

Herman Crisp told KTBC that Georgetown deputies wearing SWAT uniforms gave no warning before throwing a flash-bang device outside his home last September as he was sitting in a chair and smoking a cigarette.

He said that the explosion knocked him out of his chair, and then officers slammed him on the ground and handcuffed him. The force of hitting the ground broke his hip, according to Crisp, who was 81 years old at the time.

Eventually officers did help inside the home before leaving, but they did not call paramedics, he said. The next day, his family said that they found him lying on the floor in his own feces.

"After they left, I tried to get up because I had to go to the bathroom," he explained to KTBC. "And I couldn't go. So, I just crawled over and laid on the floor right down through here. My sister had to call paramedics."

Attorney Boadus Spivey, who is representing Crisp, accused the Georgetown Sheriff's Office of a "conspiracy of silence."

"Things like this don't happen in a vacuum," he pointed out. "There's nothing that we've been able to get that identifies the officers, that identifies the action that occurred. We have our client's information but I had to hire a private investigator just to get enough faxed to determine whether I should file a lawsuit or not. And I'm convinced that the facts are adequate to file this lawsuit and we'll find out now that we have some way to get accurate information."

Crisp said that Georgetown deputies had a warrant to search his home as part of an investigation into his nephew, but it was not clear what they were searching for. The lawsuit filed against Williamson County and the City of Georgetown seeks damages in excess of $1 million for Crisp's medical care and mental anguish. The lawsuit alleges that officers used excessive force and caused bodily injury.

Even after two surgeries and physical therapy, Crisp said that he has to use a cane to walk.

Williamson County and the City of Georgetown both told KXAN that they could not comment because they had not seen a copy of the lawsuit.