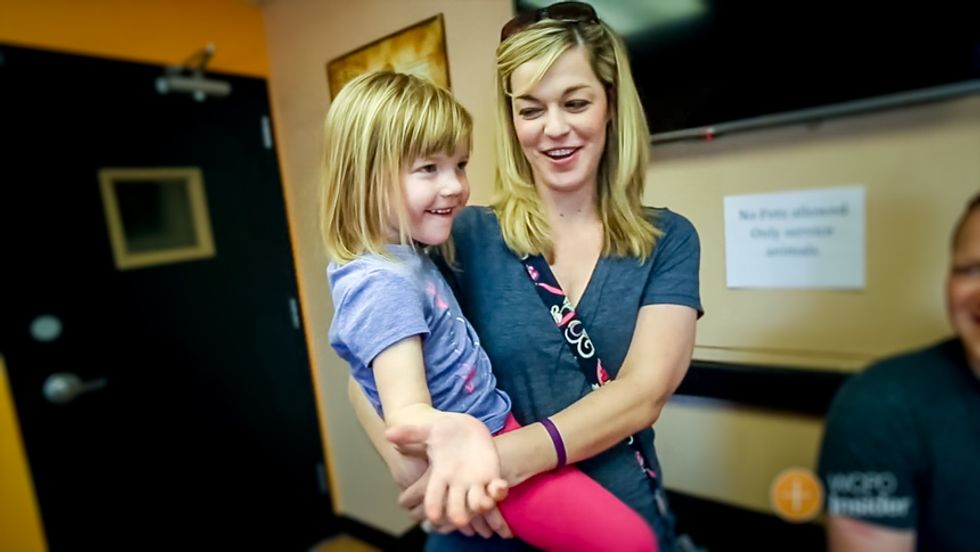 The family of an epileptic girl who was experiencing as many as 100 seizures a day said this week that their daughter had quickly improved after they moved from Ohio to Colorado for cannabis treatments.

"It's been fantastic," Heather Benton explained. "Her seizures have gone from around 100 noticeable seizures a day to -- the other day we counted, I think it was 19. We were down to 19."

"She was walking with ease. It was really strange before [the treatment] she always walked like she was drunk. She just always swayed, she'd maybe make it five feet and fall," the mother recalled. "And we noticed six hours after we put [the cannabis patch] on her, she wasn't falling down. We noticed she started mimicking our hand gestures when we were talking. She started mimicking people on TV, the way that they talk, the way that they hold their hands."

In a message to their supporters on Facebook, the Bentons posted a photo of the counter they use to keep track of Addyson's seizures. "Record!!!! Thank you Cannabis!!!!" the caption read.

But the Bentons said that the move to Colorado was not easy. It created a financial hardship, and upset relationships with friends and family.

"To think of the hoops that we have to jump through to obtain this medicine is sad," Heather Benton lamented. "There are so many people who aren't going to be able to afford this move and their child is not going to get the care that they need."

"And it just seems so ridiculous now that we're actually able to try it. Why is this being withheld from any child?" she added.