'That's what we do': Florida cops shoot and kill suicidal man after girlfriend phones for help 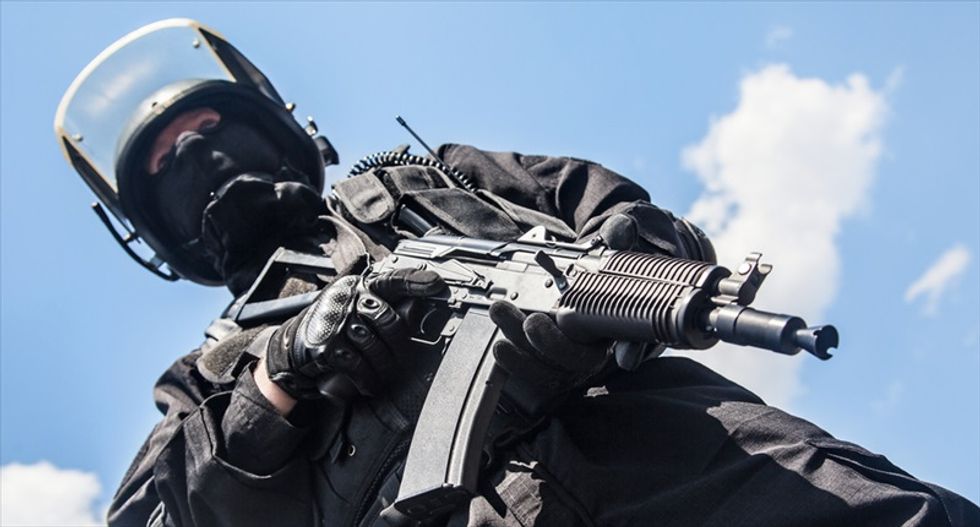 A 28-year-old Florida man's bereaved loved ones have called into question local authorities' argument that he committed "suicide by cop" when they confronted him earlier this month, the Daily Beast reported.

"I think [police] should come in using other things," Kaitlyn Lyons said regarding the shooting death of her boyfriend, Justin Way. "And I think they definitely need to figure out how to handle suicidal people."

Lyons contacted the police non-emergency dispatcher on May 11 after catching Way drinking and lying on their bed holding a large knife. She said Way, a recovering alcoholic, "had a setback" after losing his job but did not threaten her with it.

"The only person Justin threatened was himself and I honestly don't think he wanted to die," she said, adding that the two St. Johns County sheriff's deputies who responded to her call, 32-year-old Kyle Braig and 26-year-old Jonas Carballosa, who were carrying assault rifles, looked like they "were going into war" when they entered the residence.

Lyons said she intended for Way to be institutionalized under the provisions of the Florida Mental Health Act.

According to the Florida Times-Union, the deputies instead shot Way in the stomach and abdomen.

Way's mother, Denise Way, told the Beast that one official, identified as Detective Mike Smith, said the encounter was part of what he called a "new trend in law enforcement now -- suicide by cop."

According to Denise Way, Smith also argued that her son had threatened Lyons -- which she has denied -- and told her that the deputies shot him after he refused to drop the knife, adding, "That's what we do."

Way's parents believe that their son was shot while still laying in bed. His father, George Way, said that he believes a bullet was pulled from the mattress, arguing that there were no blood stains on the walls or floor nearby.

"If Justin was coming after them with a knife, at 6-foot-4, wouldn't there be blood splattered all over the room?" he said.

Commander Chuck Mulligan told the Beast that it was standard procedure to send armed deputies without mental health professionals, "if the deputies feel that that is the appropriate weapon system to use," arguing that using Tasers could pose a risk to the officers if they missed their target.

Braig was involved in another fatal encounter last December, when he shot and killed 51-year-old Daniel Torres. The deputy also said at the time that Torres refused to follow orders to drop a knife. Meanwhile, an online post attributed to Carrabosa states, "Most people respect the badge. Everyone respects the gun."