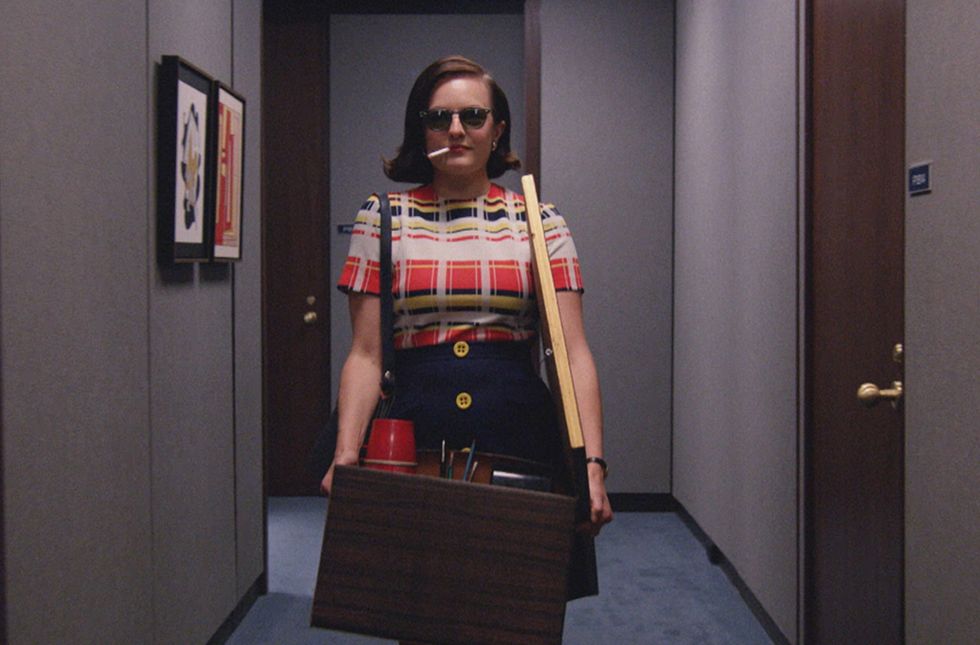 As noted yesterday, much of what I've seen regarding this episode online has been all about Joan's dilemma and how realistic it was (which, if you want to be accurate to history, it was actually subtly rendered), but, perhaps because I already knew that, it wasn't the most striking part of the episode for me. Instead, I was impressed by the dreaminess and surreal feeling of the entire episode, which is something that Mad Men often shoots for but falls a little short on. But the roller skating? The ghostliness of it all? That really worked for me. And so a lot of our episode this week focuses on many of the allusions and the concepts of weightlessness---and madness---that are invoked.

We're probably the only people in the audience who picked up on the subtle Gaslight reference, but rest assured, I think it's there, as the video shows. Certainly, the invocation of Freud's Dora case brings Gaslight to mind---the movie being a critique of exactly the way that Victorians and early moderns would accuse perfectly sane women of "hysteria" in order to control and silence them.

It's a tendency that continues to this day. The irony, which this show rendered beautifully, is that being accused of madness in this way can actually cause mental illness. Both Joan and Peggy are being subject to an ugly gaslighting and both flirt a little with going crazy before choosing, either by giving up or wedging in, to resist the pressure to blame and question themselves for how others treat them.