The provocative anti-Islam activists behind the Mohammed cartoon event in Garland, Texas 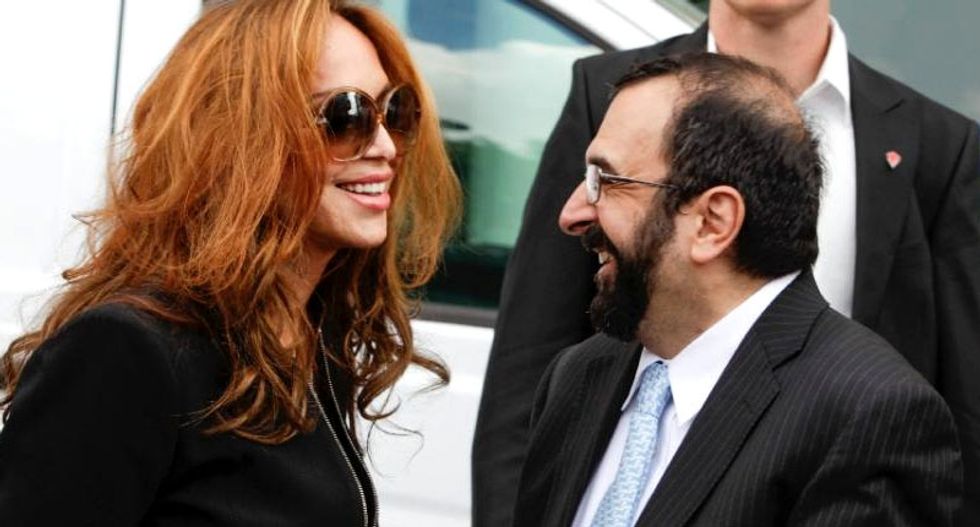 US anti-Islam activists Pamela Geller (L) and Robert Spencer chat ahead of an anti-Islam demonstration in Stockholm, on August 4, 2012 (AFP Photo/Fredrik Persson)

The group behind the Prophet Mohammed cartoon event in Texas where police killed two gunmen Sunday has a history of making provocative statements about Islam that it says are aimed at defending "freedom" and critics see as antagonizing Muslims.

The American Freedom Defense Initiative (AFDI), led by provocative activist Pamela Geller, offered a $10,000 prize in a competition to draw a cartoon of the Prophet Mohammed.

Depicting the Prophet Mohammed is seen as offensive by many Muslims. Such satirical images have prompted violence in the past including in Paris this year when 12 people were gunned down by Islamists at the satirical weekly Charlie Hebdo.

Two gunmen who have yet to be identified were killed by police outside the event after opening fire on a security guard.

AFDI supporters say the event was meant to protect the freedom of speech in the United States, which they say is eroding due to violent threats by radicals against people who draw the Prophet Mohammed.

"This is not an anti-Muslim or hate fest or anything like that, it's absurd to even think that way," said group supporter and activist Tom Trento in a video filmed at the competition in Garland, Texas near Dallas.

The group knows its events can provoke a violent response so it prepares a large security presence at its gatherings.

"This is a First Amendment event," Trento said referring to the amendment to the US Constitution that protects speech.

But others aren't so sure.

The Southern Poverty Law Center lists the AFDI as an "Active Anti-Muslim Group." Advertisements the AFDI has taken out in cities around the US in recent years have drawn ire.

"Islamic Jew-hatred: It's in the Quran. Two-thirds of all US aid goes to Islamic countries. Stop racism. End all aid to Islamic countries," read an ad the group paid for in the US capital last year that drew criticism from an American Islamic group.

A US lawmaker called for a boycott of public transit in Washington after another ad paid for by the group in 2012 denounced "the savage" in Muslim countries.

US representative Mike Honda described the ad as "hate speech" and activists in New York spray painted over the ads.

Despite the criticism, Geller said her group is not condemning all Muslims, just those that partake in violence.

"The ad mentions jihad. It is asking people to oppose those who commit jihad attacks against innocent civilians, and those who celebrate the attackers as heroes," she said.

Geller has at times described her goal as stopping "Islamization" of the US and ending "depredations of Islamic supremacism."

In September last year AFDI caused a stir when it launched a $100,000 ad campaign in New York that featured a picture of US journalist James Foley moments before he was killed by extremists in Syria.

The image was pulled after protest from the journalist's family.