The thrill is gone: Blues legend B.B. King dead at 89 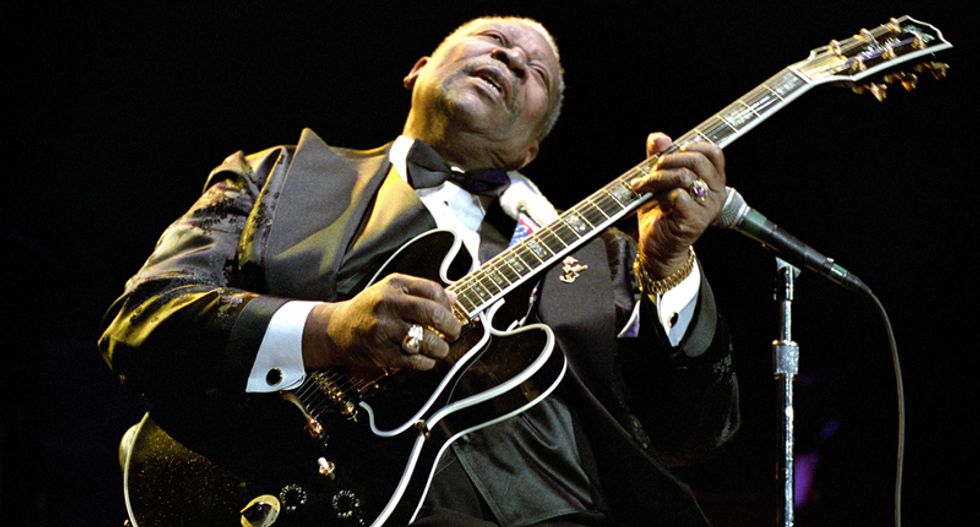 Born Riley B. King in on a cotton plantation in Berclair, Mississippi, in 1925, King began playing guitar at age 12 and started recording his music in 1949 with producer Sam Phillips who later founded Sun Records.

During his career he recorded a string of hits showing off his distinctive blues style, including "You Know I Love You," "Woke Up This Morning," "Every Day I Have the Blues", "Sneakin' Around," "Bad Luck," "Sweet Little Angel", and 'The Thrill Is Gone," for which received a Grammy Award in 1970.

He maintained an active touring schedule, playing at least 100 shows a year in a career that spanned nearly seven decades.

"Blues is a tonic for whatever ails you," he said in 2005. "I could play the blues and then not be blue anymore."

Rolling Stone magazine ranked King at No. 6 on its 2011 list of the greatest guitarists of all time.

Earlier this month, King announced that he had entered hospice care at his home in Las Vegas.