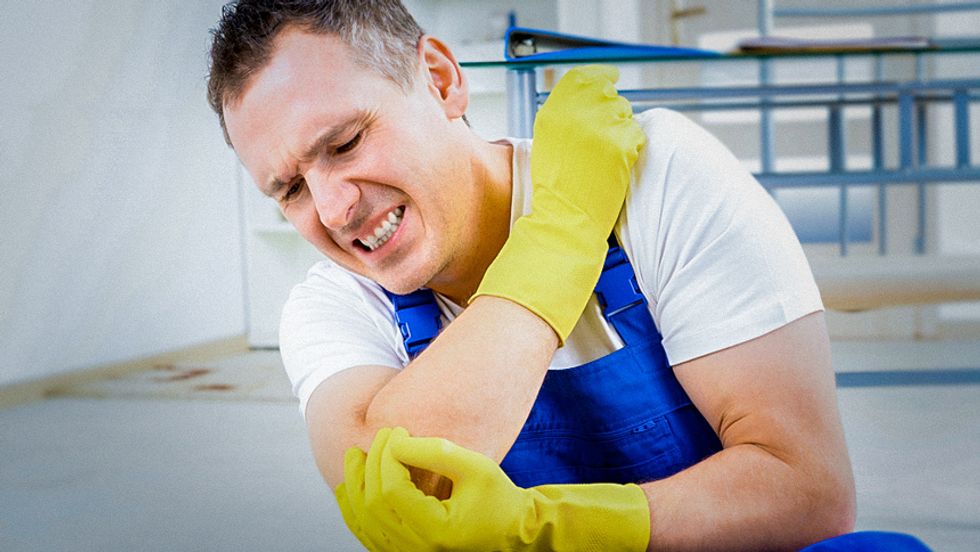 A West Virginia truck driver has filed a lawsuit against Range Resources after he was burned by water used for fracking that the company told him was harmless.

According to a complaint obtained by the Observer-Reporter, Russell Evans had stopped at a "sloppy bond" used to store reused frack water when he noticed that his truck was leaking in May of 2013.

He said that he attempted to stop the leak, and was doused by frack water in the process. An employee from Range Resources refused to let Evans leave the job site for two hours, but told him that the water would not harm him, the complaint alleged.

Instead of being offered a chemical bath, Evans said that he was instructed to "wash the water off at a nearby McDonald’s.”

“Due to the fact that Mr. Evans was told the reused water was harmless, he remained in his wet clothes for several hours while he drove back to Equipment Transport LLC’s terminal in Dallas Pike, West Virginia,” the complaint said. “In total, Mr. Evans remained in these clothes for over four hours.”

Evans visited a MedExpress after noticing a rash and blisters, but doctors told him that they could not treat the burns without knowing which chemicals had been used in the frack water, which Range Resources refused to divulge.

He said that an emergency room in Wheeling also refused to treat him because he could not identify the chemicals that had caused the burns.

"In addition to skin ailments, he claimed he suffered nausea, shortness of breath, indigestion, vertigo and headaches, as well as potentially permanent skin discoloration and permanent sensitivity to sunlight," the Observer-Reporter noted.

Range Resources spokesperson Matt Pitzarella insisted to the paper that the company disclosed all materials in frack water as required by law.

“There are no secrets, especially when it comes to safety,” Pitzarella said in a statement. “Range’s commitment to safety is shared by the nearly 900 men and women who work here, and it’s ingrained in our culture. The single most important thing for us is making sure that every worker goes home safe at the end of their workday.”

Attorney George M. Kontos, who is representing Evans, said that his client stood by the allegations in the lawsuit.

“We certainly want to do all that we can to ensure that Range is held responsible for its actions in this case, and for misleading our client and the public about the harmful nature of this water,” Kontos explained.

In 2013, Range Resources admitted to a judge in Pennsylvania that the company did not know the contents of its frack water. The website FrackTrack.org lists 210 violations for Range Resources.