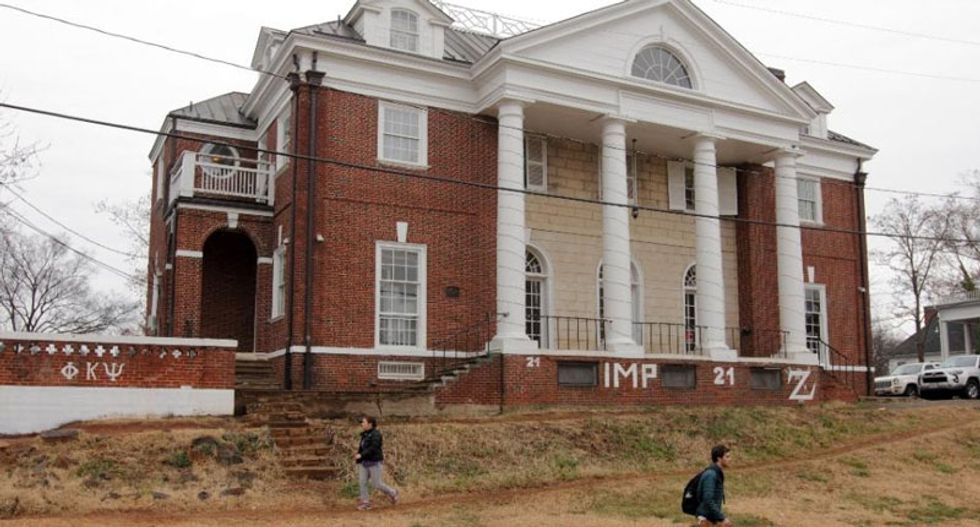 An official at the University of Virginia lodged a $7.5 million lawsuit against Rolling Stone on Tuesday, accusing the magazine of defaming her in a discredited story about rape on campus.

Nicole Eramo alleges that Rolling Stone acted recklessly and willfully disregarded facts by suggesting that -- as associate dean of students -- she had discouraged the reporting of a gang rape to police for fear it might tarnish the elite university's image.

Also named as defendants in the lawsuit are Sabrina Rubin Erdely, who wrote the story, and Wenner Media, the publishing company that owns Rolling Stone, Eramo's lawyers said.

"To personify the university's alleged institutional indifference to rape, Erdely and Rolling Stone cast dean Eramo, who met with and counseled Jackie, as the chief villain of the story," the lawsuit says.

Eramo is seeking a jury trial at the Charlottesville, Virginia circuit court and demanding at least $7.5 million in compensatory damages, plus punitive damages of not less than $350,000 and legal expenses.

Headlined "A Rape on Campus," the story triggered protests when it appeared in November with its explosive claims of a violent gang rape at a fraternity house, as recounted by the alleged victim, a student identified only as "Jackie."

But within weeks, the story began to unravel, with "Jackie" refusing to discuss the alleged incident with investigators and police uncovering no evidence that it had ever taken place.

Last month, Rolling Stone retracted the story and apologized after a Columbia University investigation exposed "avoidable" failures in basic journalistic practices during its reporting and editing.

Erdely, who still contributes to the magazine, issued her own apology, acknowledging she "did not go far enough" the verify the story.

The article sought to set out a dramatic example of sexual assault on a college campus and the struggles victims face afterward -- a problem that has been reported at many US universities.

But the Columbia investigation found that Rolling Stone's writers and editors were so focused on publishing the story that "basic, even routine" reporting standards were not followed.

Phi Kappa Psi, the fraternity where the alleged gang rape supposedly took place in 2012, has previously said it also plans to pursue legal action against Rolling Stone for defamation.