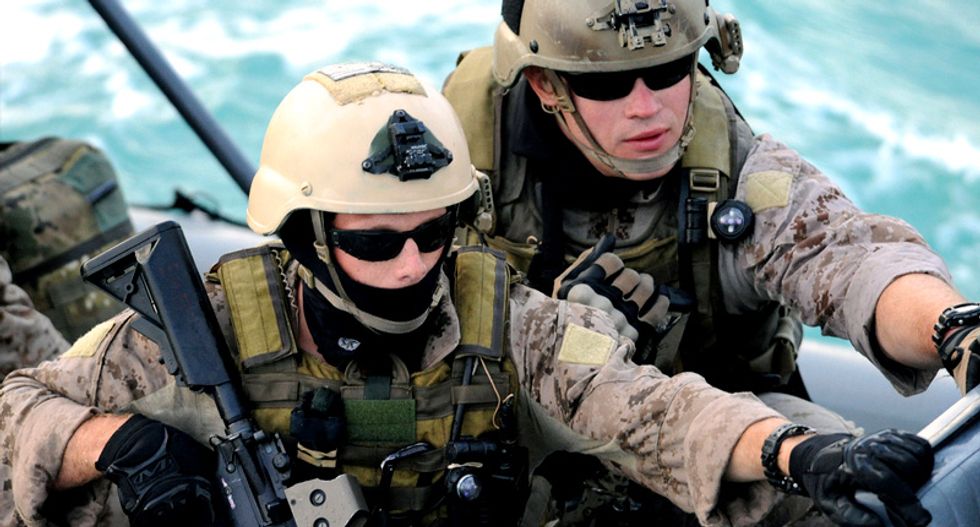 The US navy wants more women in its ranks, and on Wednesday navy secretary Ray Mabus announced two plans he hopes will get them there: opening all combat roles to women and doubling the maternity leave for sailors and marines.

“We need more women in the navy and marine corps,” Mabus said, speaking at the US Naval Academy in Annapolis, Maryland. “Not simply to have more women but because a more diverse force is a stronger force.”

“The military at large lags behind society,” he continued.

Asked about how the military is re-evaluating standards for combat roles, Mabus said the marine corps and navy are assessing whether “the physical standards have something to do with the job or not”.

He said that standards would not be compromised, noting that 80% of men do not pass the tests to join the navy’s most elite unit, the Seals: “Keep the standards. Do not lower standards in any regard, do not lower readiness, do not lower fighting ability.”

More than 200,000 women serve in active-duty roles in the military, according to the Defense Department’s January figures. Should any branch of the military decide women should be barred from a particular job, they must explain why in an application for a waiver.

The first class of women to attend the elite Army Ranger school are currently awaiting a chance to retake the second phase of the school’s training after failing a first attempt . Eight of the 19 women made it through a tough physical test and will retake the second phase, which involves an obstacle course. More than a third of graduates from the training program, which until this year was available only to men, retake at lease one phase, the US army told AFP this week.

Since the Pentagon lifted its ban on women serving in active combat in 2013, the branches have slow integrated. Mabus suggested that the military was particularly keen to recruit women with advanced degrees.

One such initiative is the increase of paid maternity leave for sailors and marines to 12 weeks, up from six. The military requires congressional approval to extend paid paternity leave. Mabus also said that starting immediately the navy would work toward increasing the availability of childcare for working parents, extending services by two hours in both the morning and evening.

Mabus emphasized that the new initiatives are intended to “[fix] our shortcomings so our best people choose to stay in the navy and the marine corps”.

Another proposed initiative would allow as many as 400 people to take up to three years off from the service before returning, freeing them up to advance their education, raise a family or work in the private sector. For each year away from the military, sailors and marines would be expected to give two to the service.

Physical fitness tests will be overhauled, including new standards and surprise “spotchecks”, and the navy and marine corps will transition to a “meritorious” system of promotions, Mabus said. “Within the limits of the law we will emphasize broader milestone achievements,” he said, noting that the changes would require Congress’s cooperation.

Defense Department statistics show that 62% of service members who report sexual assault say they have subsequently experienced retaliation from peers or officers.