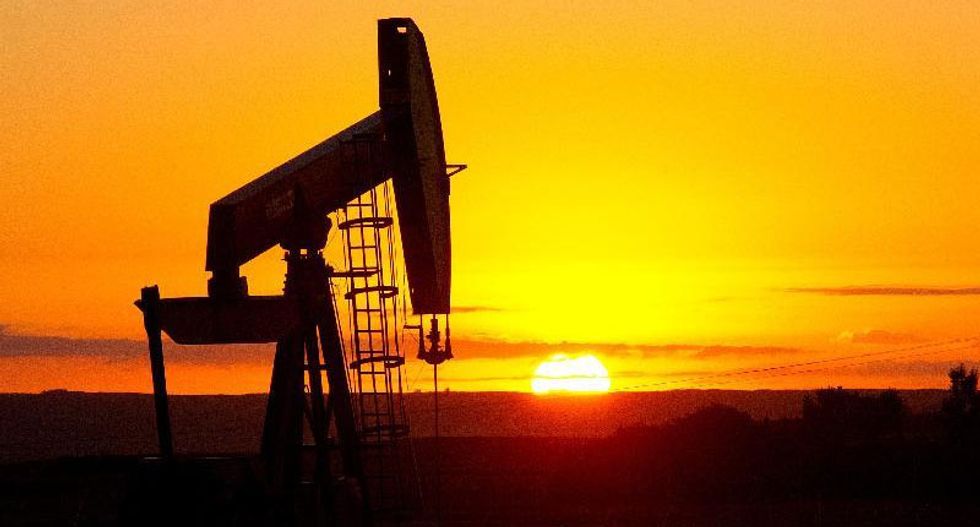 The world’s biggest and most profitable fossil fuel companies are receiving huge and rising subsidies from US taxpayers, a practice slammed as absurd by a presidential candidate given the threat of climate change.

A Guardian investigation of three specific projects, run by Shell, ExxonMobil and Marathon Petroleum, has revealed that the subsidises were all granted by politicians who received significant campaign contributions from the fossil fuel industry.

The Guardian has found that:

“At a time when scientists tell us we need to reduce carbon pollution to prevent catastrophic climate change, it is absurd to provide massive taxpayer subsidies that pad fossil-fuel companies’ already enormous profits,” said senator Bernie Sanders, who announced on 30 April he is running for president .

Sanders, with representative Keith Ellison, recently proposed an End Polluter Welfare Act , which they say would cut $135bn of US subsidies for fossil fuel companies over the next decade. “Between 2010 and 2014, the oil, coal, gas, utility, and natural resource extraction industries spent $1.8bn on lobbying, much of it in defence of these giveaways,” according to Sanders and Ellison .

In April, the president of the World Bank called for the subsidies to be scrapped immediately as poorer nations were feeling “the boot of climate change on their neck”. Globally in 2013, the most recent figures available,the coal, oil and gas industries benefited from subsidies of $550bn , four times those given to renewable energy.

“Subsidies to fossil fuel companies are completely inappropriate in this day and age,” said Stephen Kretzmann, executive director of Oil Change International , an NGO that analyses the costs of fossil fuels. OCI found in 2014 that US taxpayers were subsidising fossil fuel exploration and production alone by $21bn a year. In 2009, President Barack Obama called on the G20 to eliminate fossil fuel subsidies but since then UN federal subsidies have risen by 45%.

“Climate science is clear that the vast majority of existing reserves will have to stay in the ground ,” Kretzmann said. “Yet our government spends many tens of billions of our tax dollars – every year – making it more profitable for the fossil fuel industry to produce more.”

Tax credits, defined as a subsidy by the World Trade Organisation, are a key route of support for the fossil fuel industry. Using the subsidy tracker tool created by the Good Jobs First group, the Guardian examined some of the biggest subsidies for specific projects.

Shell’s proposed $4bn plant in Pennsylvania is set to benefit from tax credits of $66m a year for 25 years. Shell has bought the site and has 10 supply contracts in place lasting up to 20 years , including from fracking companies extracting shale gas in the Marcellus shale field. The deal was struck by the then Republican governor, Tom Corbett, who received over $1m in campaign donations from the oil and gas industry. According to Guardian analysis of data compiled by Common Cause Pennsylvania , Shell have spent $1.2m on lobbying in Pennsylvania since 2011.

A Shell spokesman said: “Shell supports and endorses incentive programmes provided by state and local authorities that improve the business climate for capital investment, economic expansion and job growth. Shell would not have access to these incentive programmes without the support and approval from the representative state and local jurisdictions.”

ExxonMobil’s Baton Rouge refinery is the second-largest in the US. Since 2011, it has been benefitting from exemptions from industrial taxes, worth $118.9m over 10 years, according to the Good Jobs First database. The Republican governor of Louisiana, Bobby Jindal has expressed his pride in attracting investment from ExxonMobil. In state election campaigns between 2003 and 2013, he received 231 contributions from oil and gas companies and executives totalling $1,019,777 , according to a list compiled by environmental groups.

A spokesman for ExxonMobil said: “ExxonMobil will not respond to Guardian inquiries because of its lack of objectivity on climate change reporting demonstrated by its campaign against companies that provide energy necessary for modern life, including newspapers.”

The Guardian is running a campaign asking the world’s biggest health charities, the Bill and Melinda Gates Foundation and the Wellcome Trust, to sell their fossil fuel investments on the basis that it is misguided to invest in companies dedicated to finding more oil, gas and coal when current reserves are already several times greater than can be safely burned. Many philanthropic organisations have already divested from fossil fuels, including the Rockefeller Brothers Fund whose wealth derives from Standard Oil, which went on to become ExxonMobil.

In Ohio, Marathon Petroleum is benefitting from a 15-year tax credit for retaining 1,650 jobs and a 10-year tax credit for creating 100 new jobs . The subsidy is worth $78.5m, according to the Good Jobs First database. “I think Marathon always wanted to be here,” Republican governor John Kasich said in 2011. “All we’re doing is helping them.” In 2011, Kasich was named as the top recipient of oil and gas donations in Ohio, having received $213, 519. The same year Kasich appointed Marathon Petroleum’s CEO to the board of Jobs Ohio, a semi-private group “in charge of the economic growth in the state of Ohio”.

A spokesman for Marathon Petroleum said: “The tax credit recognises the enormous contribution we make to the Ohio economy through the taxes we pay and the well-paying jobs we maintain. We have more than doubled the 100 new jobs we committed to create.” The spokesman said the company paid billions of dollars in income and other taxes every year across the US.

“Big oil, gas, and coal have huge influence on politicians and governments and they get that influence the old fashioned way – they buy it,” said Kretzmann. “Through campaign finance, lobbying, advertising and superpac spending, the industry has many ways to influence candidates and government officials seeking re-election.”

He said fossil fuel subsidies were endemic in the US: “Every single well, pipeline, refinery, coal and gas plant in the country is heavily subsidised. Big Fossil’s lobbyists have done their jobs well for the last century.”

Ben Schreiber, at Friends of the Earth US, said. “There is a vibrant discussion about the best way to keep fossil fuels in the ground – from carbon taxation to divestment – but ending state and federal corporate welfare for polluters is one of the easiest places to start.”

Schreiber also defended subsidies for renewable energy: “Fossil fuels are a mature technology while renewable energy is nascent and still developing. It makes sense to subsidise technologies that are going to help solve climate change, but not to do the same for those that are causing the problem.”

Ten killed in 'racially motivated' shooting at US grocery store

A heavily armed 18-year-old man shot 10 people dead on Saturday at a Buffalo, New York grocery store in a "racially motivated" attack that he live-streamed on camera, authorities said.

The gunman, who was wearing body armor and a helmet, was arrested after the massacre, Buffalo Police Commissioner Joseph Gramaglia told a news conference.