Virginia GOP congressman claims ISIS has invaded Texas: 'You can’t make up what a terrible problem this is' 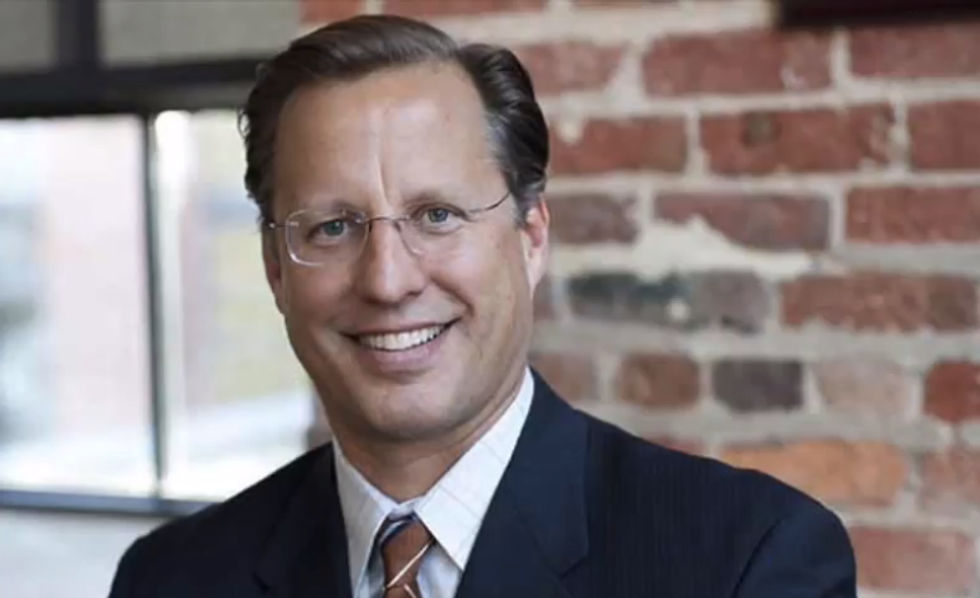 Representative David Brat (R-VA) warned a Washington Times reporter that Texas is under threat from an armed insurgency. And Brat isn't even talking about "the invasion by federal troops under the auspices of President Obama and Operation Jade Helm," the Houston Chronicle Reports. Brat says Islamic State jihadists have a base in Texas.

During a taping of conservative media personality Rusty Humphries' radio show, Brat told the host -- beyond the Obama-imposed institution of martial law in the American southwest -- he's worried about ISIS, a Syria-based militia several tens-of-thousands of people strong. In contrast, the U.S. military has approximately 1.4 million people currently serving in active duty positions around the world. And then there are defense contractors.

"In our country it looks like we have an ISIS center in Texas now, that's been reported last week," Brat alleges to Humphries in audio reported by Right Wing Watch. "You can't make up what a terrible problem this is."

Reporters at the Houston Chronicle point out that no official body in a position to be aware of an ISIS uprising in the Lone Star State believes that such a threat exists in the first place.

The person who allegedly started the rumor that there are ISIS bases in Texas is Judicial Watch reporter, Tom Fitton. "He wouldn't specify who the sources were, how they identified the camp as ISIS, whether they had seen the camp themselves or by what means of communication they reached out to Judicial Watch," the Chronicle notes. "He said the camp was identified as operated by ISIS because 'that's how [the sources] described it to us.'"

When then-Governor of Texas Rick Perry warned of ISIS infiltration of the Texas border by way of Mexico last August, the story "stormed into international attention," according to the Houston Chronicle.

"Days later," the Chronicle writes, "Lt. Gov. David Dewhurst said in a Washington, D.C., speech about terrorism that 'prayer rugs have recently been found on the Texas side of the border.'"

Spokespeople for the FBI, the Texas Department of Public Safety, and Customs and Border protection "all said they had no information to corroborate the report. Judicial Watch alleged they were lying."

To verify authorities' claims, reporters at the Houston Chronicle conducted an online search, but "turned up no news reports of an ISIS base inside Texas."

David Brat, an economics professor at Randolph-Macon College in Ashland, took out House Majority Leader Eric Cantor last year in a David-and-Goliath style race in Virginia's 7th District. After Cantor's defeat, the New York Times noted that the outgoing Republican congressman's campaign had spent "$168,637 at steakhouses" since the beginning of the year. Meanwhile, Brat spent less than $200,000 on his entire campaign ($122,793, per NBC).

NBC further notes that Cantor raised more than $5.4 million dollars during the race, received more than $2.1 million in donations from political action committees, and aired 1,037 broadcast TV ads in his district. No PACs gave a dime to David Brat. And how many commercials did he buy while trying to unseat Cantor? 65.