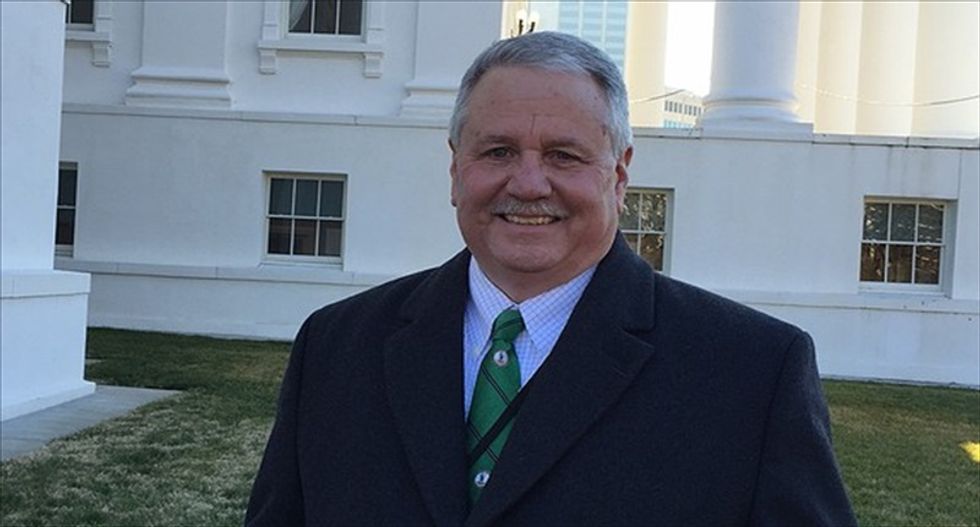 A Republican lawmaker from Virginia was ripped by a colleague in the state legislature after the progressive site Blue Virginia highlighted a recent post suggesting police dogs should be used against protesters in Baltimore.

State Del. Hyland "Buddy" Fowler Jr. joked, "I wonder if a few of these would help bring calm to Baltimore?" above a picture posted by the police blog PoliceOne.com showing an officer holding a K-9 officer back. The caption reads, "Go ahead and run. They like fast food." The image can be seen in its entirety below: 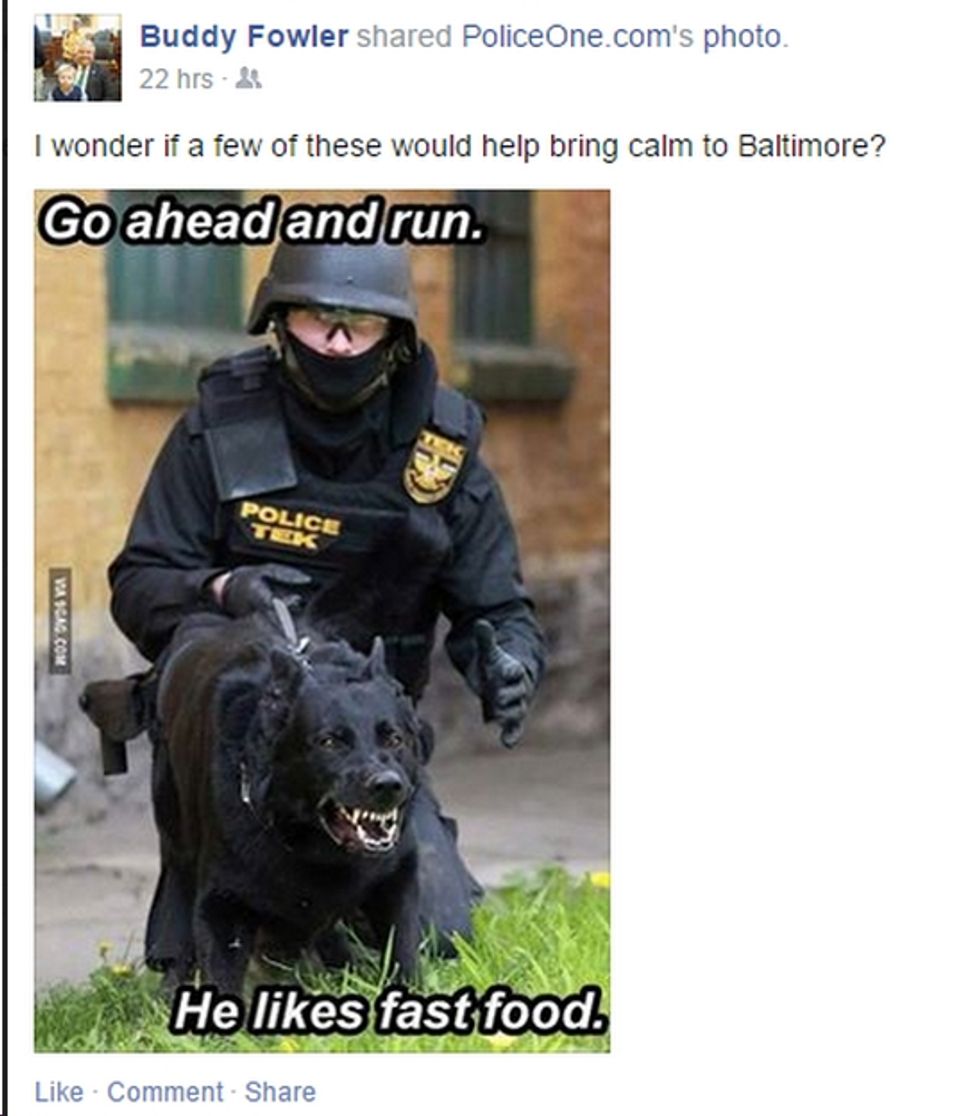 A phone call to Fowler's office seeking comment on the image has not been returned as of Tuesday evening. The delegate, who is seeking re-election, has not addressed the picture. But the post has been taken down from his Facebook page, which lists no posts after July 2014.

State Sen. A. Donald McEachin (D), however, posted a statement on Tuesday saying he was "dismayed and, frankly, disgusted" by the post.

"I don't know whether he thinks it is a joke or funny, but what I do know is that it is insensitive, unhelpful and in total disregard for the difficult situation facing the citizens of Baltimore and, honestly, the public safety officers," McEachin said. "As Baltimore residents express their frustration and anger over the death of an unarmed citizen and as police struggle to maintain order in these difficult times, Del. Fowler chooses to exacerbate a tense and very difficult situation with his idea of humor, if one can even stoop to call it that."