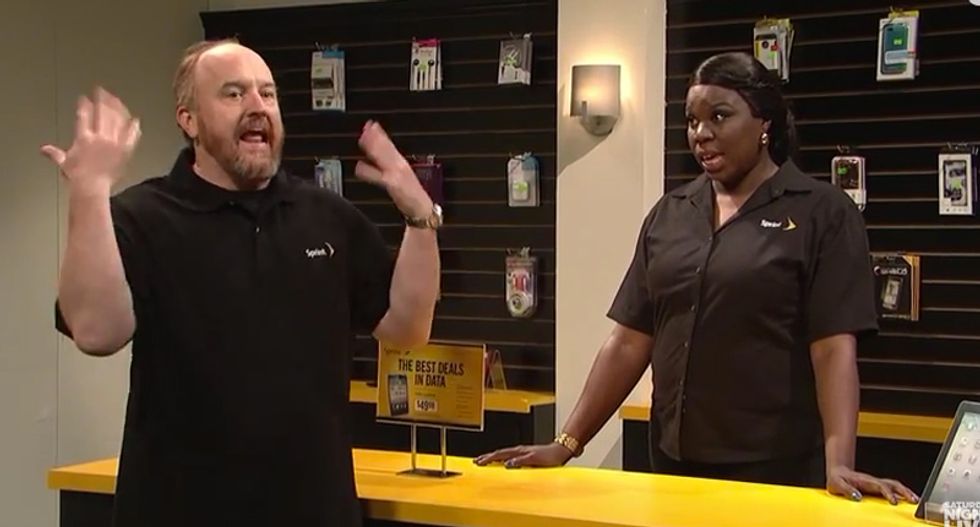 Hosting on Saturday Night Live, comedian Louis C.K. took his middle-aged uncomfortable-in-his-own-skin white male persona to a new place as he portrayed a Sprint employee who has to speak like a black woman for years after being caught by his boss mimicking her.

"Excuse me. Is that how you think I talk?" store manager Brenda (Leslie Jones) asks C.K. "Is that your impression of me?"

"Why you frontin' on me? I ain't talking like you, I'm talkin' like me" a panicky C.K. replies, after previously admitting to his co-workers he needs his job badly after being out of work for five years.

C.K. is forced to keep up the ruse (more "frontin'") for five years and -- as with all things Louis C.K. -- it is both funny and painful to watch.

Watch the video below from Saturday Night Live: