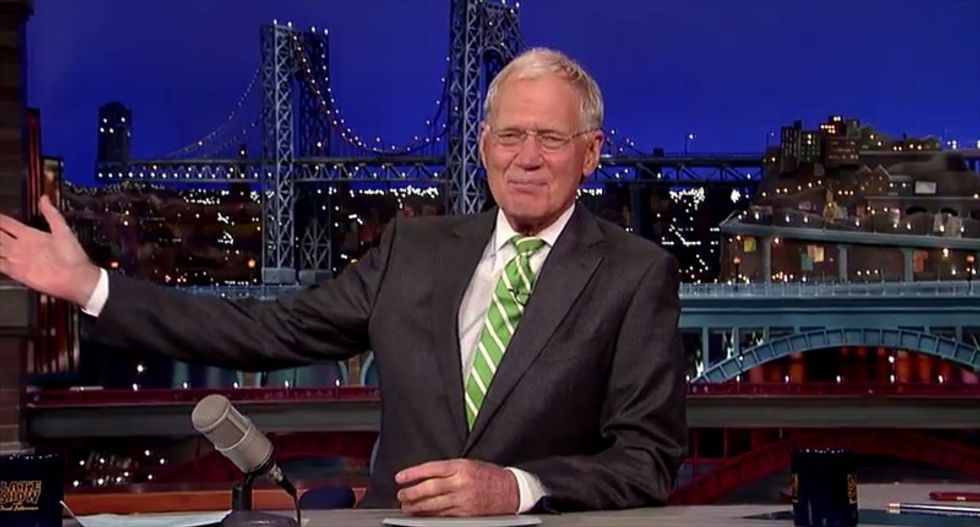 Bill Murray made one more memorable entrance on Tuesday for his appearance on David Letterman's Late Show -- the last one before Letterman signs off on Wednesday night.

We won't spoil exactly how the comedian took to the stage -- the video is posted below -- but the two did share a hug as Murray arrived, before the Groundhog Day and Lost in Translation star made his way to mingle with both audience members and Letterman's band.

CNN reported that, according to witnesses, Tuesday's episode will also feature appearances by Regis Philbin and Rupert Jee. Jee, who owns the diner next to the Manhattan Theater, is reportedly the subject of a retrospective on his best moments on the show.

The on-air association between Murray and Letterman spans the majority of Letterman's time in the spotlight; Murray was the first guest on both the Indiana native's Late Night show on NBC and his CBS run on The Late Show.

Watch an excerpt from Murray and Letterman's last Late Show appearance, as posted by CBS on Tuesday, below.

Murray's first TV interview with Letterman is also online, and can be seen below.