Watch Elizabeth Warren hammer the rich: 'We're mad as hell and we're not going to take this any more' 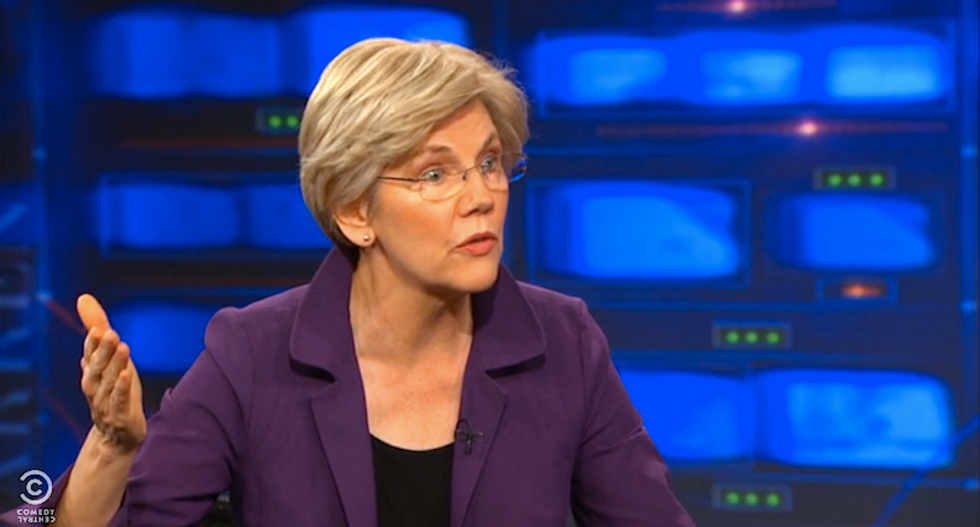 Tuesday night, Senator Elizabeth Warren (D-MA) spoke at the Re/code conference, a confab of media and tech influencers. During a question and answer session, a voter asked why politicians aren't building infrastructure or implementing other policy that respects the will of the people. Warren explained that the government in Washington just isn't responsive to the people who elected it – and won't be unless their constituents revolt and demand accountability:

QUESTION: How am I or the fifty percent of people who can vote or don't supposed to actually believe any politician that says we are going to rebuild this country, energy infrastructure, internet infrastructure, education all these things matter. I believe that. And with interest rates this low, it makes sense for us to issue paper on 30 or 100 year notes to rebuild America. Why aren't we doing that?

WARREN: It's exactly the right question. We are not doing it because the people in Washington, too many of the people in Washington, do not represent the folks who elected them. They represent the rich and the powerful who don't want their taxes raised, who don't want to see any change. Who are perfectly happy with things where they are, indeed they're doing great with things where they are. And they stay in the ear of enough of the folks in Washington that it has made it impossible to get any kind of change. The only way we get change is when enough people in this country say I'm mad as hell and I'm fed up and I'm not going to do this anymore. You are not going to go back and represent me in Washington, DC. if you are not willing to pass a meaningful infrastructure bill. If you are not willing to refinance student loan interest rates and stop dragging in billions of dollars in profits off the backs of kids who otherwise can't afford to go to college. If you don't say you're going to fund the NIH and NISF because that is our future. We have to make these issues salient and not just wonky. When you hear us talk about this and you say this is like the wonkiest conference ever, can you imagine saying that at a tech conference, when you say this is the wonkiest conference we've ever had, no! These have to be the things that you wake up people all over America and say what matters? Whether or not  you're going to have a job, whether or not you're going to have a retirement, whether or not your kids are going to have any chance to build a future for them. It's gotta be about these core issues. And we gotta talk about 'em, talk about 'em enough until there's some real change in this country that's all I know to do.