Watch Louis C.K.'s controversial riff on child molesters: 'It must be amazing for them' because they won't stop 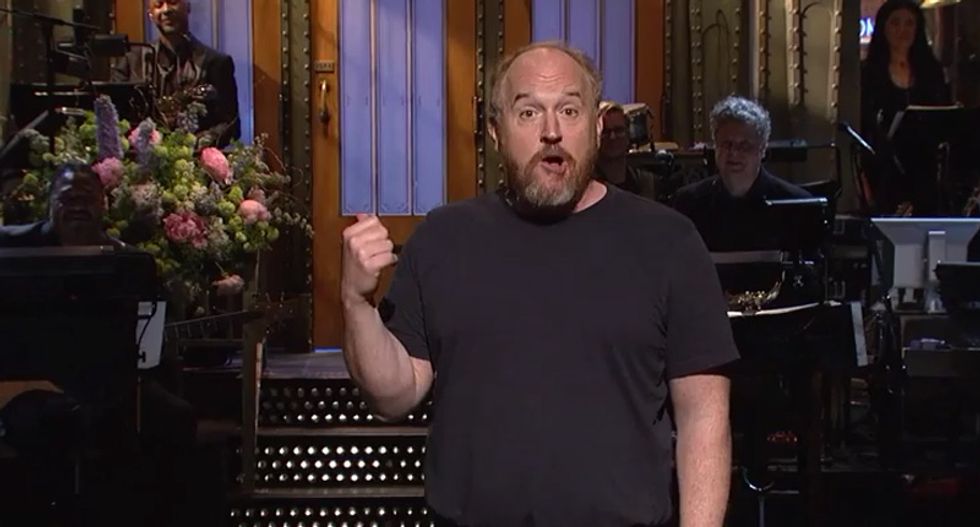 Comedian Louis C.K. began his hosting duties on Saturday Night Live with an opening monologue touching on a variety of topics before going into uncharted territory with a riff on child molesters that had the audience gasping at times.

Saying he grew up in the seventies when, he said, "There was a child molester who lived in my hometown, and it wasn't a big deal. 'Yeah that's the house where the child molester lives.'"

He then ventured into darker material, lamenting the fact that the local child molester wasn't "in to me'" before turning to the compulsion to sexually assault children.

"Child molesters are very tenacious people. They love molesting childs" the comedian explained. "It's crazy. It's like their favorite thing. When you consider the risk of being a child molester -- speaking not even of the damage you're doing -- but the risk, there is no worse life available to a human than being a caught child molester."

"And yet they still do it! Which from, you can only really surmise, that it must be really good. I mean, from their point of view," he continued as part of the audience gasped while others laughed.

"Not ours, but from their point of view. It must be amazing for them to risk so much," he added before laughing and saying, "How do you think I feel? This is my last show probably."

The entire monologue is excellent, with the comedian discussing his own "mild racism" as well as comparing his children fighting each other with the centuries-long war in the Middle East.