WATCH: Pro-pot activist runs completely out of f*cks to give and smokes a joint on live TV 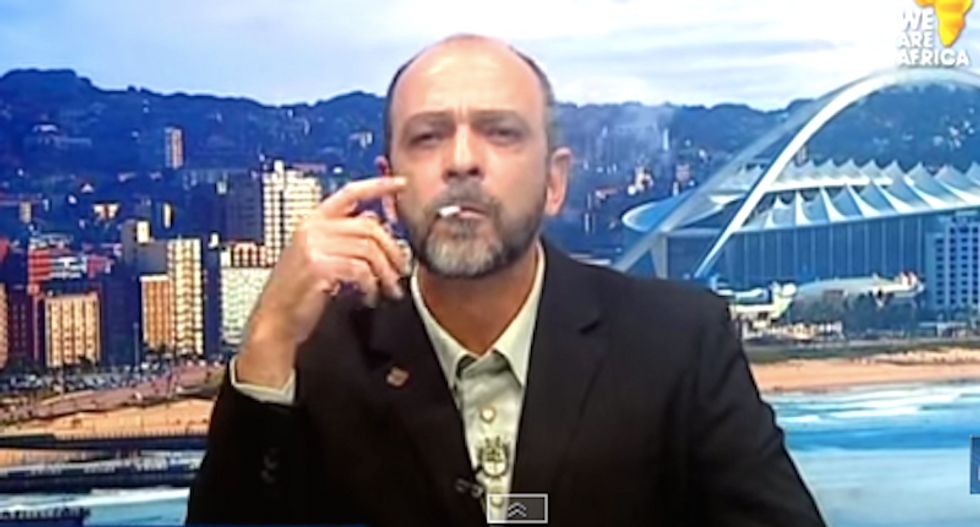 A pro-marijuana activist lit and smoked a joint on live television during a debate on legalizing pot in South Africa.

The activist calmly lit the joint during a debate with David Bayever, deputy chairperson of the Central Drug Authority, who frustrated du Plessis with a rambling explanation for an 11-year delay on presenting a position paper on legalization.

The show’s producers cut to du Plessis puffing on the doobie as Bayever argued against legalizing pot, which South Africans call “dagga.”

The host asks du Plessis if he has any closing comments, and he thinks for a moment before exhaling a cloud of smoke.