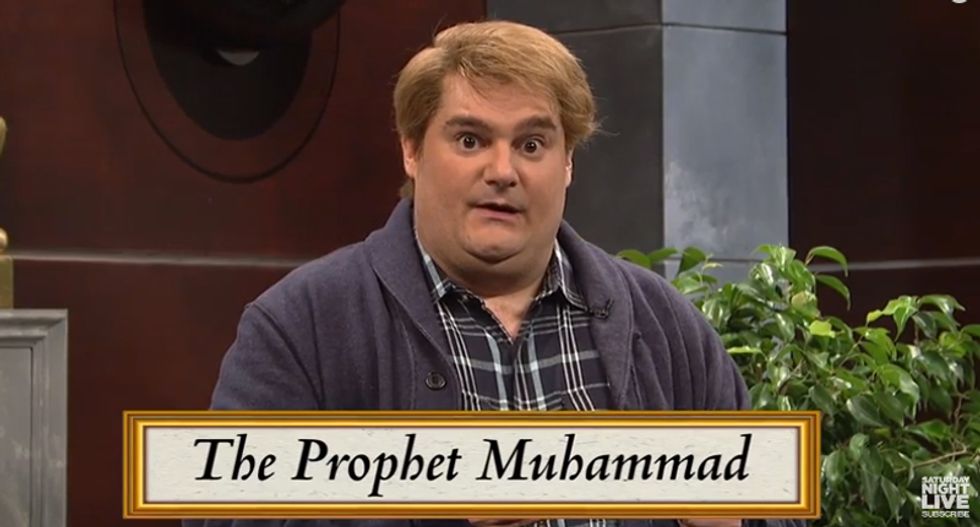 On Saturday Night Live, cast members tapped into the public's unreasonable fear of retribution for drawing the prophet Muhammad, with a game show guest refusing to attempt it despite the prospect of a million dollar prize.

On an episode of "Picture Perfect," a game show modeled after Pictionary, contestant Daniel Hoffman (Bobby Moynihan) is given a card telling him to draw a picture of Muhammad, allowing his wife (Reese Witherspoon) and celebrity guest Family Matters‘ Reginald VelJohnson (Kenan Thompson) to guess.

Refusing to draw the picture, despite being egged on Thompson, Moynihan hands off to the pen to Thompson who also refuses when seeing the topic.

The segment comes on the heels of a "Draw Muhammad" competition in Texas sponsored by anti-Islamic activist Pamela Geller that resulted in the death of two men who attacked the exhibit.

Watch the video below, uploaded to YouTube by Saturday Night Live: