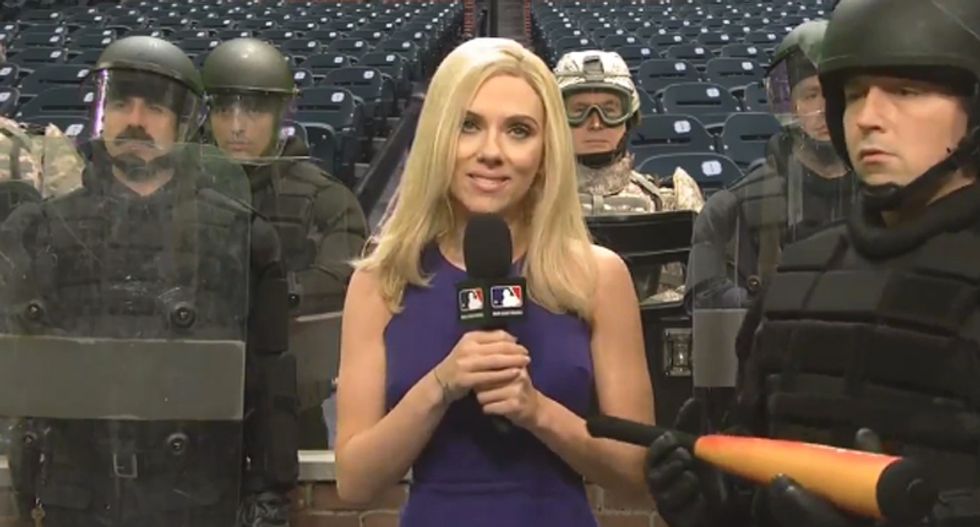 On Saturday Night Live, the long running late night show poked fun at Major League Baseball's decision to go forward with the Baltimore Orioles- Chicago White Sox game with riots outside the stadium and no fans in attendance.

Orioles announcers Jim Palmer (Taran Killam) and Frank Robinson (Kenan Thompson) awkwardly attempt to call the game while pretending that all is well as the city burns.

Pre-written patter between the announcing duo has them constantly apologizing for saying things like "Baltimore has just been on fire this week," and the Orioles are recently coming off of a series in Toronto where they "took a beating from the boys in blue."

With no fans in the stadium, broadcast staples like the "Kiss-Cam" and "Guess the attendance" prove even more painful.

As a final indignity, sideline reporter Amber Theoharris (guest Scarlett Johansson) is seen leaving the stadium for the Amtrak station to go to "Newark, where it is safer."

Watch the video below, uploaded to YouTube by SNL: