'We don't give a sh*t about this or any of you': Chris Christie lays into reporters at 'off-the-clock' roast 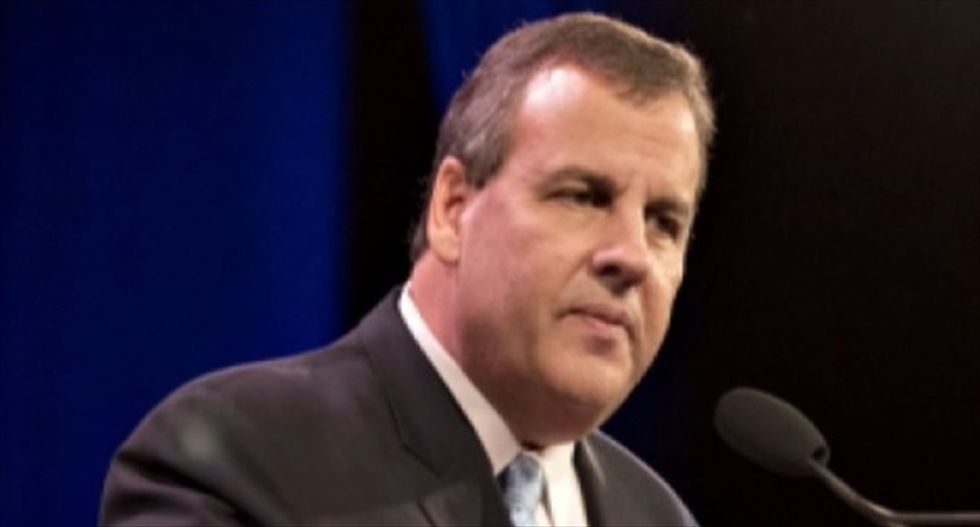 New Jersey Gov. Chris Christie struck back at the press with gusto during a roast organized by a journalists' group on Wednesday, Bloomberg Politics reported.

Christie specifically took shots at political reporter Claude Brodesser-Akner, who heads the New Jersey Legislative Correspondents Club, noting that Brodesser-Akner mentioned earlier in the evening that he did not know what the governor was doing.

"Then just get the f*ck away from me, if you don't know what I'm doing," Christie shot back. "Every time I turn the corner in New Hampshire or Iowa or anyplace else, you and that beard are there. So here's my suggestion: open your eyes, clean the sh*t out of your ears and pay attention."

At one point, Christie also reportedly touched on another reporter's auto accident, asking, "Why wasn't the car bigger and why weren't more of you in it?"

The prospective GOP presidential candidate opened his speech by introducing himself as "the star of [their] show" and explaining why he did not submit a video to accompany his appearance, unlike previous years.

"The reason we don't have a video is, we just don't give a sh*t anymore," he confressed, drawing laughs from the crowd. Instead of blaming out-of-state travel or members of his staff, he added, "The truth of the matter is, we don't give a sh*t about this or any of you."

According to Bloomberg, members of the club made their own jokes at Christie's expense, with musical references to "hotels and fancy meals," as well as "lots of promises and shady deals."

Attendees were reportedly asked not to mention specifics regarding the event, a longstanding request. A spokesperson for the governor, Kevin Roberts, said in a statement that Christie appeared under the impression they were off-the-record.

"All of the songs and acts of the night, including the Governor’s obvious parody of himself, were in jest and along with the spirit of the evening," Roberts stated. "This is in keeping with what the dinner is about -- bringing people together off-the-clock for a night of comedy and self-deprecation in support of the Press Foundation's scholarship programs. That anyone would misrepresent the traditional lighthearted nature of the event is a disservice to everyone involved."