'We have too many people in prison': Bill Clinton tells CNN that tough '90s crime bill went too far 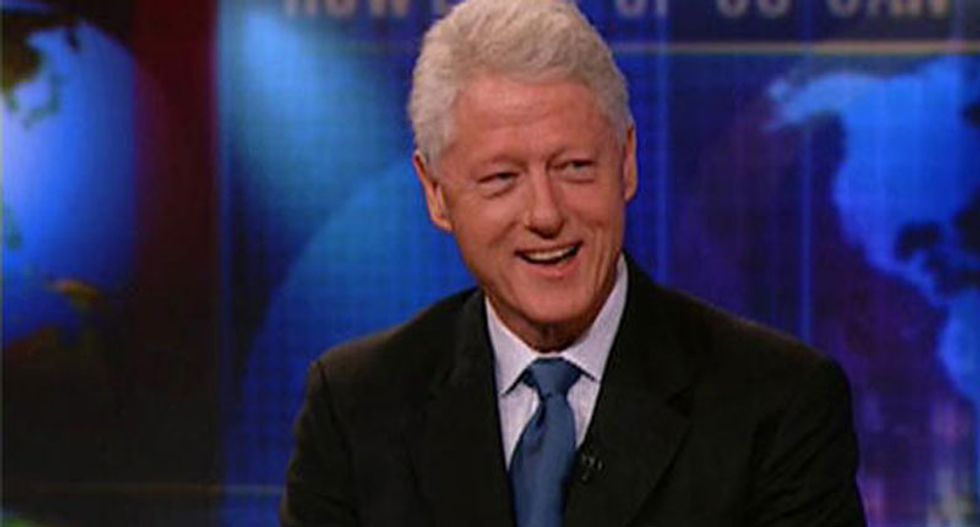 Former President Bill Clinton said on Wednesday that an anti-crime crackdown when he was in office in the 1990s went too far, and said he now supports his wife Hillary's plans to reverse some of those justice policies.

The former president told CNN's Christiane Amanpour that the crime bill was imperfect.

Bill Clinton signed into law a major crime bill in 1994 that imposed tougher sentences, put thousands of more police on the streets and helped fund the building of extra prisons.

But the era of mass incarceration is now being questioned because of the continuing high proportion of Americans - especially black males - who are in prison.

"The problem is the way it was written and implemented. We have too wide a net. We have too many people in prison. And we wound up spending - putting so many people in prison that there wasn’t enough money left to educate them, train them for new jobs and increase the chances when they came out that they could live productive lives," he said according to a CNN transcript of the interview.

Democratic presidential candidate Hillary Clinton has become a prominent critic of mass incarceration, launching an effort last week to reform the criminal justice system in the wake of the Baltimore riots.

Asked by CNN whether he agreed with his wife moving away from his policy, Clinton replied: "Oh, absolutely."

Clinton also said foreign donations to the Clinton Foundation did not affect U.S. foreign policy when Hillary was secretary of state between 2009 and 2013.

She was unaware of many of the donations, he said. "She didn't know about a lot of it."

Bill Clinton said on Monday he may consider stepping down or taking less of an executive role at the Clinton Foundation should his wife become president.

The Clintons' political opponents have criticized the foundation for accepting funding from foreign governments for its endowment and for its charitable work abroad.