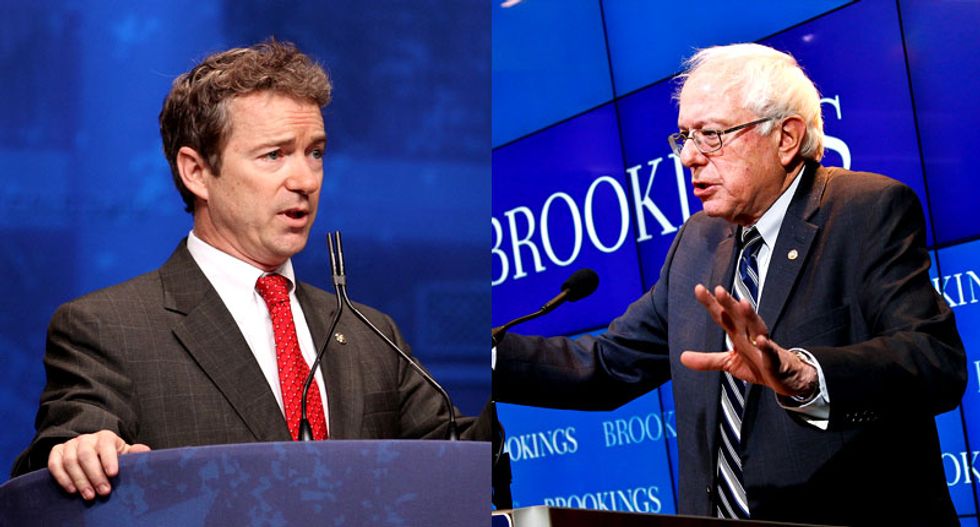 What would a presidential debate between Senators Bernie Sanders (I-VT) and Rand Paul (R-KY) look like? We may never know, as neither candidate is guaranteed to clinch their respective nomination. But past scuffles between the two White House hopefuls give us a glimpse of how a Sanders versus Paul debate would play out.

The libertarian-leaning Paul and progressive Sanders actually share some common ground. Both senators, for instance, oppose the NSA's mass surveillance of American's telephone records. They both also support softening the nation's drug laws. Neither of them are happy about America's prison population -- the highest in the world.

But the two couldn't be further apart when it comes to health care, taxes, net neutrality, welfare and a host of other issues.

Sanders considers health care to be a human right, and has advocated for a single-payer system to provide universal medical care. Paul, on the other hand, is a staunch opponent of Obamacare and wants to keep health care privatized. The two senators clashed over health care during 2011 hearing, where Paul compared "the right to health care" to slavery.

Sanders and Paul also clashed during a 2011 Senate hearing on the Older Americans Act, where Paul complained "that only in Washington can you spend 2 billion dollars and claim you are saving money."