Whoopi Goldberg mocks 'dummy' Lindsey Graham and GOP contenders: They all want to be action heroes 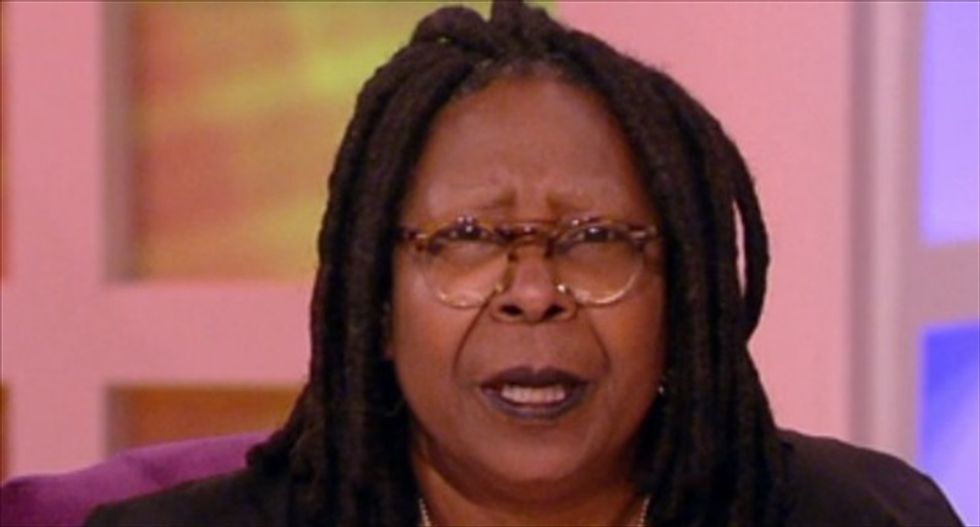 Whoopi Goldberg lit into Republican presidential candidates on The View on Tuesday for their attempts to sound tough on foreign policy.

"The Republican candidates are kind of sounding more like action heroes," Goldberg said. "Chris Christie wants to pump up the military. Marco Rubio says he will find and kill terrorists like Liam Neeson in Taken. You're too short to be Liam Neeson, find somebody else."

Goldberg's comment was a response to the Florida senator quoting from the film last week while addressing how he would fight terrorism during the South Carolina Freedom Summit.

However, she said, her "favorite" was South Carolina Sen. Lindsey Graham, who said he would "call a drone" and kill anyone even thinking about joining groups like Islamic State or al Qaeda.

"Democrats and the media and Republicans alike appreciate Lindsey Graham, just because of this," co-host Nicolle Wallace argued. "He speaks directly to people's fear. No one is saying we shouldn't be afraid. He's a straight talker. He's best friends with [Sen.] John McCain, and he has a lot of fans."

"Minority Report again?" panelist Rosie Perez countered. "If you think about it, you're gonna get killed by a drone?"

Goldberg also rejected Wallace's argument, saying Graham had no way of knowing how to make that call.

"If people are communicating with ISIL, then shut off their thing," she said. "Don't bomb them, because what if there are other people in the building?

Watch the discussion, as aired on ABC on Tuesday, below.