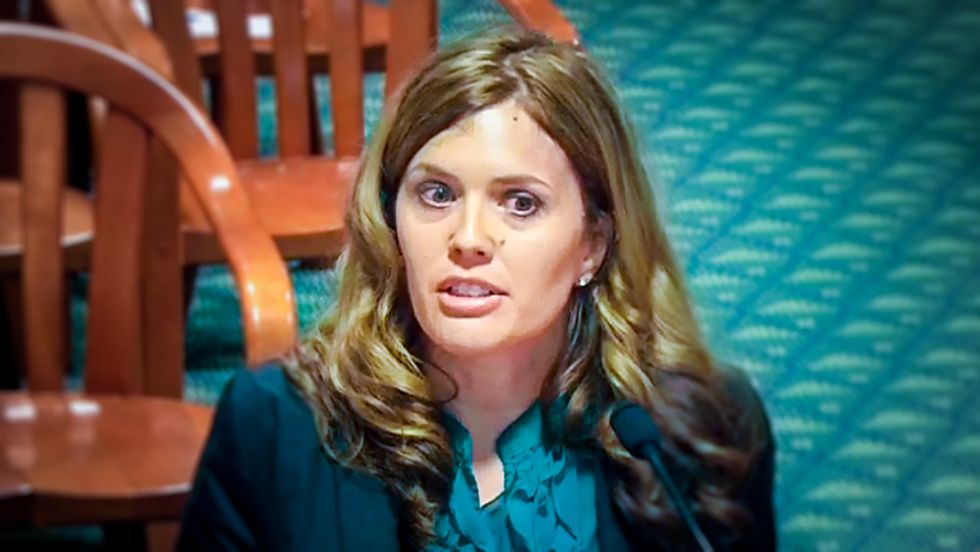 Forbes contributor Jacob Sullum reported last week that Hency testified before the Michigan state House Judiciary Committee about what happened when her home in Smiths Creek was raided last July.

Hency explained that her neurologist had recommended medical marijuana to treat pain associated with multiple sclerosis. She is also registered in the state of Michigan as a caregiver for five other patients, giving her the ability to distribute medical marijuana.

Hency said that the six ounces in her locked backpack were in compliance with Michigan medical marijuana laws when a drug task force raided her home with four children present.

"They took everything, even though I was fully compliant with the Michigan medical marijuana laws," she said. "They charged me with possession with intent to deliver, even though I'm allowed to possess and deliver."

A St. Clair County judge dropped the charges against Hency, but for 10 months law enforcement officials have refused to give back her belongings.

“The prosecutor came out to me and said, ‘Well, I can still beat you in civil court. I can still take your stuff,’” Hency recalled, adding, “I was at a loss. I literally just sat there dumbfounded.”

"And I was just sitting there, like, thinking I was going to be able to get my stuff back, but not in this country. And that is why civil asset forfeiture in this state needs to change."

According to Sullum, the Michigan House Judiciary Committee is considering a bill that would require local law enforcement agencies to report forfeitures to the state police, and it would raise the standard of proof required for civil forfeiture in drug cases.

But under the proposed law, local agencies would continue to keep 100 percent of the proceeds from forfeitures, "which gives them a strong incentive to target people based on the assets they own instead of the threat they pose to public safety," Sullum wrote.

Watch the video below from the Michigan House Judiciary Committee, broadcast May 26, 2015.