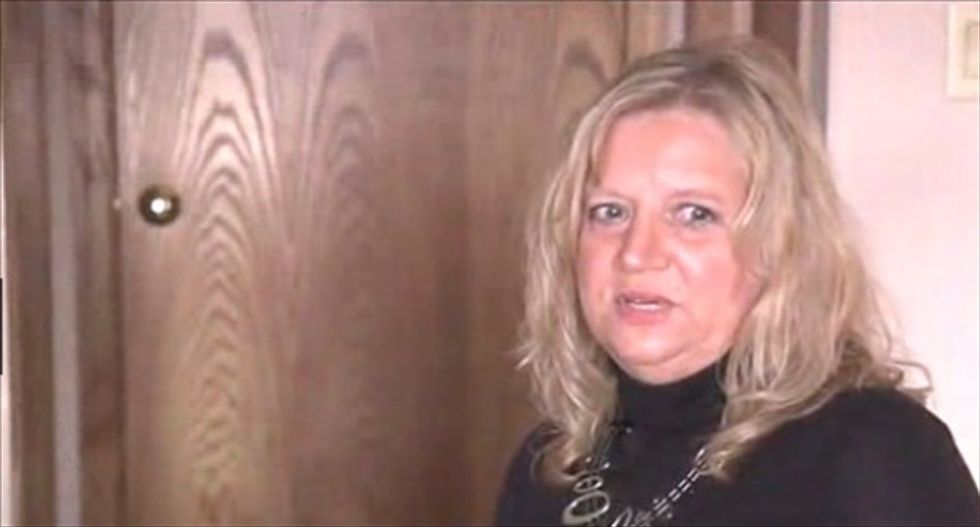 Karen Momsen-Evers accused Southwest Airlines staffers of rejecting her attempt to help her husband before he committed suicide. [WTMJ-TV]

A Wisconsin woman accused Southwest Airline staffers of physically stopping her from trying to help her husband before he committed suicide, WTMJ-TV reported.

"The steward slapped the phone down and said, 'You need to go on airplane mode now," Karen Momsen-Evers said of the incident last month. According to her, she was trying to call her husband, Andy, after he sent her a text message asking her to forgive him as he prepared to kill himself. She received the message just before her flight from New Orleans to Milwaukee was to take off.

After slapping the phone out of her hand, she said, the steward cited "FAA regulations" as the reason she could not place a call. She asked another attendant for help once the flight was in the air, but was told there was nothing the crew could do to help her.

"I just wanted someone to go and try to save him," Momsen-Evers said.

Instead, she was forced to wait for two hours before being able to notify authorities once the flight landed. But when she arrived at her home in nearby Germantown, she said, police told her it was too late.

"They got on their knees, put their hats over their heart and gave me the 'I regret to inform you that your husband has died,'" she told WTMJ.

The airline released a statement saying that while "flight attendants are trained to notify the Captain if there is an emergency that poses a hazard to the aircraft or to the passengers on-board, in this situation, the pilots were not notified."

Watch Momsen-Evers' interview with WTMJ, as aired on Thursday, below.