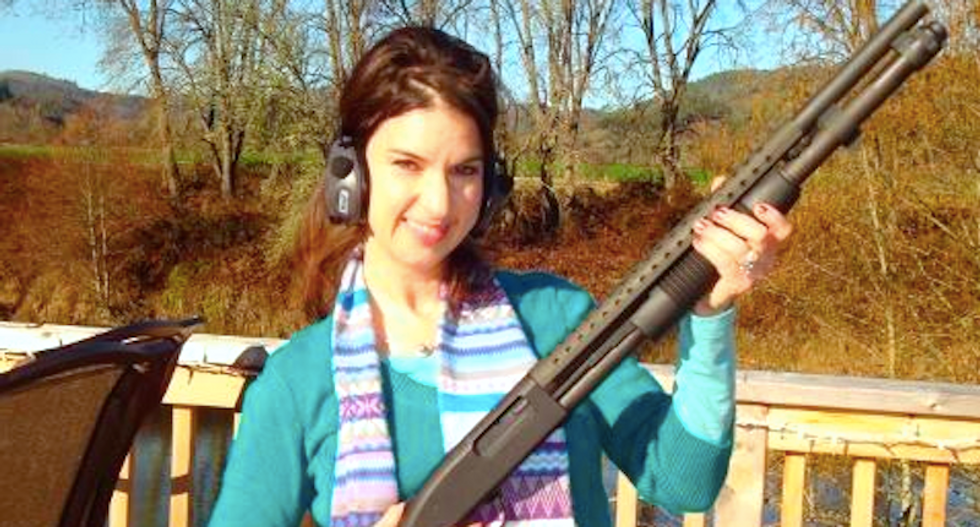 Conspiracy theorists are freaking out over an upcoming military training exercise dubbed Jade Helm 15 – and a woman who shares a name with the operation is sick and tired of it.

"Maybe I have a low threshold, but I got annoyed pretty early," Jade Helm told the Washington Post.

The flesh-and-blood Jade Helm, works as a writer and consultant in the wine industry, first became aware of the wide-ranging military exercise when she received a Facebook friend request from a confused stranger.

"I scrolled the person's page and two posts down their feed was a link about the Jade Helm operation," Helm said.

The experience has since happened “countless times,” as conspiracy mongers such as Alex Jones warn the military – possibly with assistance from ISIS, Russia, or China – plans to take over sparsely populated areas of the rural southwest to disarm the citizenry, implement martial law, and lock dissidents up in disused Walmart stores.

Texas Gov. Greg Abbott has ordered the State Guard to monitor the operation to assure fearful residents their constitutional rights won’t be violated, and White House and Pentagon officials have attempted to shoot down the rumors.

Helm declines friend requests from curious strangers, and she’s tried to keep a sense of humor about the conspiracy theories with her actual friends.

"My friends seem to delight in posting links to my page: 'Did you know ... Have you seen ...What have you gotten yourself into now?' " Helm said. "I usually respond that 'Wine was just my cover. Please don't blow it.' "

"Maybe they chose Jade Helm because it is a kick-ass name," she said. "They could have asked, though."