'You stupid blonde!' Ankara mayor slams US official in sexist diatribe over the Baltimore riots 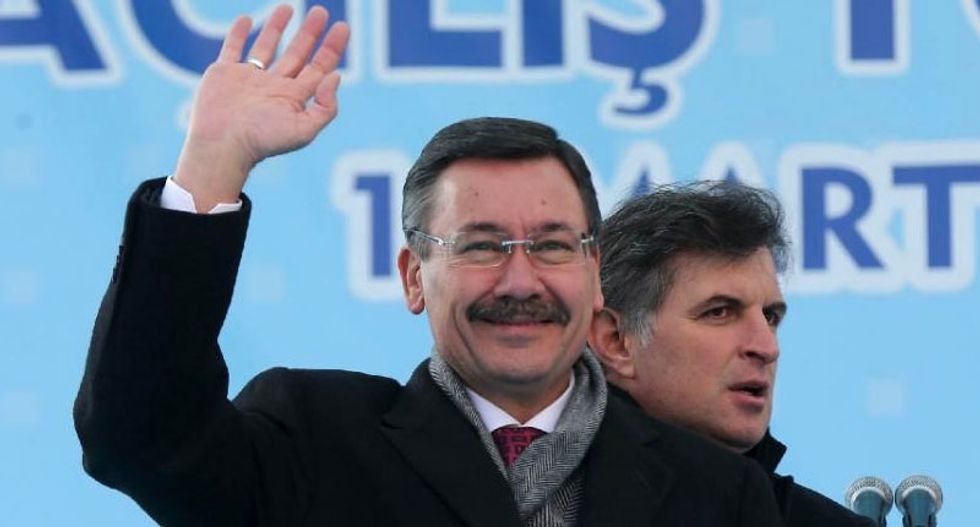 The maverick mayor of Ankara, a close ally of Turkish President Recep Tayyip Erdogan, on Wednesday launched an extraordinary diatribe over the Baltimore riots at a US State Department spokeswoman.

"Come on blonde, answer now!" Melih Gokcek wrote in English as well as Turkish on his Twitter account, sharing an image from the riots in Baltimore with a picture of US State Department acting spokeswoman Marie Harf.

"Where are you stupid blonde, who accused Turkish police of using disproportionate force?" he added in a caption.

Gokcek was referring to a report on a pro-government news website, which criticised Harf for being "now silent" in the face of the Baltimore riots despite repeated criticism of Turkey during the anti-government Gezi Park protests in 2013.

Harf refused to respond to the personal insults, saying: "I really don't think I'm going to dignify them with a response."

But she challenged the mayor's comments that the US had been silent on the riots in the East Coast city, recalling that President Barack Obama had already talked about the unrest.

Obama on Tuesday said there was "no excuse" for the violence, but acknowledged a "slow-rolling crisis" in community policing."

Obama had said "that we have to do some soul-searching here, and spoke I think very deeply and personally about an issue that is clearly one that people feel very passionately about," Harf told reporters.

The United States has a "record of transparency, of self-reflection when we have challenges that I would put up against any other country's anywhere in the world."

In separate tweets, Gokcek also lashed out at CNN television and the Economist weekly for the same reason, adding: "As you sow so you shall reap."

In another tweet, Gokcek criticised the Turkish media for their limited coverage of the riots in Baltimore and said: "Shame on you! They are afraid of their American masters."

The 2013 protests in Turkey started as a relatively small environmentalist movement to save Istanbul's Gezi Park, but evolved into a nationwide wave of protests against the perceived authoritarian tendencies of Erdogan, then prime minister.

Erdogan's government was at the time widely criticised abroad for its handling of the crisis.

Pro-government Turkish news outlets quickly drew parallels between police action in protests in Turkey, and Baltimore, where clashes erupted on Monday after the funeral of a black man who died in police custody.

The Gezi protests, as well as the foreign media's coverage of the unrest, are recurring themes in Gokcek's often provocative tweets.

Gokcek, who has been mayor of Ankara since 1994, is one of the most controversial and colourful members of the ruling Justice and Development Party (AKP).

The mayor, nicknamed "Mad Melih" by his detractors, was ridiculed this month after erecting a massive statue of a "Transformers" style robot in the centre of Ankara to promote a new theme park.