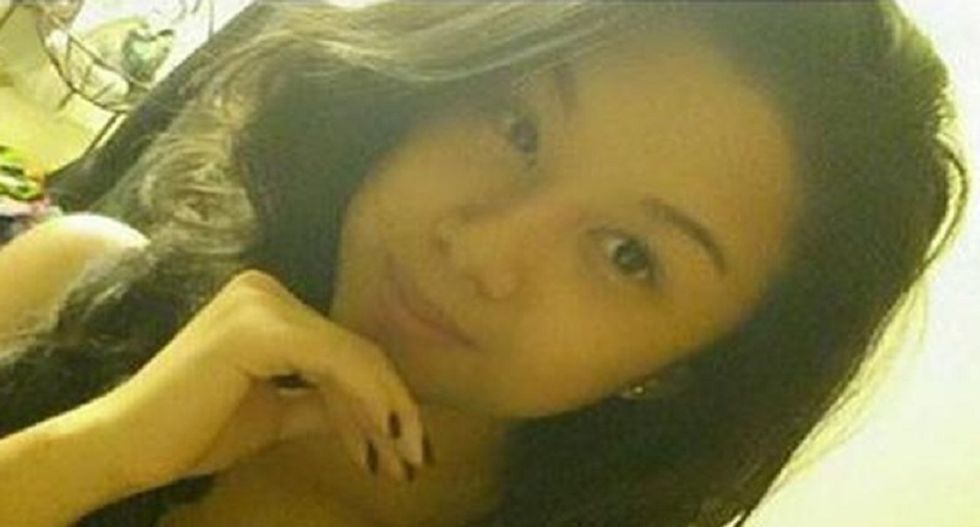 That's a question that can now be asked of Izabel Laxamana's father, who has been accused of traumatizing the 13 year old by cutting off her long, black hair and uploading the video online to shame her publicly.

Laxamana, a Tacoma, Washington middle schooler, got out of a car on Friday and jumped off an interstate bridge. She died the next day. Her death was ruled a suicide by the county medical examiner's office, the News Tribune reported.

Days earlier, her father Jeff punished her with the video for “getting messed up.”

"Man, you lost all that beautiful hair," he says, panning the camera onto Laxamana's locks lying on the floor. "Was it worth it? How many times have I warned you?"

It's difficult to pinpoint cause and effect in cases of suicide, Jezebel notes, and it seems the girl was troubled by other things. In a Google+ post from August 2014, Izabel discusses feeling isolated at school, and said she draws comfort from YouTube performer Kian.

I feel hated most of the time im in school i feel looked down on and i get judged alot.... But what keeps me going is people like kian who have gone through the same thing as me... In a school with so many people its weird to say "i feel alone" but the truth is that you really do feel alone. So thanks for everything kian....

Facebook users have begun a campaign seeking "justice" for the girl, and discouraging parents from humiliating children publicly as punishment.

Meanwhile a blog called Tacoma Stories, run by Jack Cameron, links the video to Izabel's suicide. "There are those who believe that public shaming is an acceptable form of parenting. As this incident clearly shows, it’s not," Cameron writes.

On Tuesday he was forced to close comments because many were "offensive or inflammatory," and due to requests from the victim's family members. But not before some commenters, if they are to be believed, indicated Izabel was facing bullying and insensitivity from every angle, and was having trouble coping.

"I talked to her teacher. She was shamed in front of her peers by the principal and forced to withdraw her running for ASB Student Body President. She begged him to stop and he said wait in the hallway… She was getting bullied by family, peers, and administrator at school. No wonder she saw no way out," writes "Jenny."

The News Tribune reported extra counselors were at Izabel's school early this week to help students deal with the tragedy. A video posted Wednesday to YouTube by Melissa Sandoval shows a memorial for Izabel with flowers, candles and chalk messages.